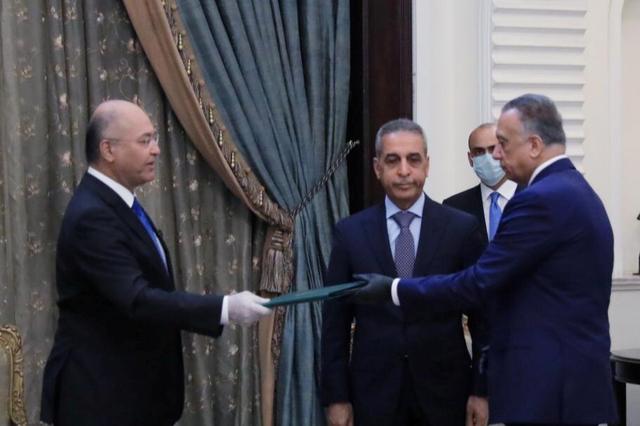 BAGHDAD (Reuters) — Iraq’s president named intelligence chief Mustafa al-Kadhimi as prime minister-designate on Thursday, the third person tapped to lead the country in just 10 weeks as it struggles to replace a government that fell last year after months of deadly protests.

Kadhimi was nominated by President Barham Salih, state television reported, shortly after the previous designated prime minister, Adnan al-Zurfi, announced he was withdrawing having failed to secure enough support to pass a government.

Iraq, exhausted by decades of sanctions, war and political corruption now faces economic ruin, social unrest and a growing outbreak of the new coronavirus, all of which it must face with only a caretaker cabinet.

Like Salih’s previous choices to replace Abdul Mahdi, Kadhimi is seen as a political independent, who will have to amass support from the powerful sectarian parties that dominate Iraq’s legislature to approve a cabinet within a month.

The former journalist, who wrote against dictator Saddam Hussein from exile in Iran and Britain, returned after the US invasion in 2003. He has held his role heading intelligence since 2016.

“I will work tirelessly to to present Iraqis with a program and cabinet that will work to serve them, protect their rights and take Iraq towards a prosperous future,” Kadhimi wrote on Twitter.

Zurfi had been rejected immediately by parties allied with Iran who viewed him as a threat to their political and economic power in Iraq, calling him an “American joker” for his ties with the US-backed authorities that ruled Iraq after the 2003 invasion. Thursday marked the 17th anniversary of the day that US-led troops occupied Baghdad.

​Zurfi had signaled he would check the power of Iran-aligned militias in Iraq. Kurdish parties finally decided on Wednesday not to back Zurfi, sealing his fate.

Zurfi said in a statement he was pulling out, citing “internal and external reasons” for his decision, without elaborating.

“My decision not to proceed with my nomination is to preserve Iraq and its greatest interests,” he said.

Iraq’s sectarian power-sharing system has prevented any real political reform demanded by thousands of protesters who first took to the streets in October.

The demonstrators accuse parties from across Iraq’s ethno-sectarian spectrum of mostly Shia, Sunni Muslims and Kurds of being only interested in keeping their positions of power.

The deadlock leaves Iraq in crisis. COVID-19 has killed 69 people and infected over 1,200, according to the health ministry and the World Health Organization. A rapid spread of the disease could quickly overwhelm Iraq’s battered healthcare system.

Falling oil prices caused by the global pandemic have upended Iraq’s budget which is based on a oil prices of nearly twice their current value. Without a sitting government Iraq cannot officially review its budget.

In Iraq, coronavirus terrifies even doctors hardened by conflict