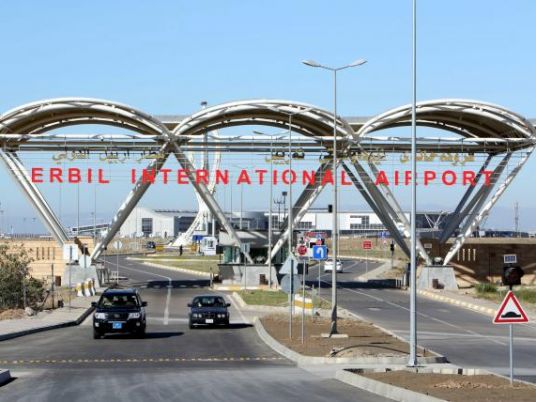 Iraq closed its northern airspace to commercial flights on Monday for at least two days due to military traffic from Russia's air campaign in neighboring Syria, a spokesman for Erbil International Airport said.
The closure was expected to affect domestic routes to Erbil and Sulaimaniya as well as international flights from Turkey, Jordan, the Gulf and Austria.
Iraq's civil aviation authority said in a statement that flight suspensions had been made "to protect travelers and because of the crossing of cruise missiles and bombers in the northern part of Iraq launched from the Caspian Sea".
Russia began launching cruise missiles and long-range bombers from warships in the Caspian last month, passing over Iran and Iraq and covering a distance of some 1,500 km (900 miles) to reach their targets.
The Erbil airport spokesman said a change in the missiles' route brought them "uncomfortably close" to the airport, without providing more details.
A spokesman for the US-led coalition, which conducts some operations near Erbil airport, said he was not aware of the cause for the shutdown. The coalition has been bombing Islamic State targets in Iraq and Syria for more than a year separately from the Russian campaign.
The director of Erbil airport said in a statement the suspension could last longer than the initial 48 hours. Emirates Airlines said it had canceled flights to Erbil until Thursday.
Moscow also uses bombers from Russian air bases to launch air strikes it says have been requested by Syrian President Bashar al-Assad. It contends its main target is Islamic State militants who control large swathes of Syria and Iraq, but it has been accused of hitting other targets, including territory occupied by Western-backed rebels.
US officials said last month four missiles launched from Russian warships in the Caspian Sea had crashed in Iran, but Moscow insisted they had reached their targets in Syria.
The terrain-hugging Kalibr cruise missiles, which NATO has codenamed Sizzler, fly at an altitude of 50 meters (164 feet) and are accurate to within three meters, the Russian Defense Ministry says.