MOSCOW (Reuters) – Iranian Foreign Minister Mohammad Javad Zarif told his Russian counterpart on Wednesday that Tehran’s decision to scale back some curbs to its nuclear program was legal and reversible, the RIA news agency reported.

Zarif, in Moscow for talks with Russian Foreign Minister Sergei Lavrov, said that Iran’s actions did not violate the original terms of the nuclear agreement and that there was now a 60-day period for diplomatic activity over its decision.

Iran announced earlier on Wednesday it was scaling back curbs to its nuclear program under a 2015 deal with world powers, and threatened to do more — including enriching uranium to a higher level — if countries did not shield it from U.S. sanctions.

“On May 4, the United States started to put sanctions on Iran back in place and these measures made it impossible to fulfill many of the pact’s points,” RIA cited Zarif as saying.

“But the steps which we have taken today are within the framework of the agreement. And they can be reversed. There’s a 60-day window for diplomacy.”

Zarif also said that only Russia and China had supported Iran and helped it keep the nuclear deal going, but accused other signatories to the agreement — Britain, France and Germany — of letting Tehran down.

“Yes they made some nice statements,” Zarif said. “But in practice nothing happened.”

Putin to meet Iranian and Turkish leaders in Tehran next week 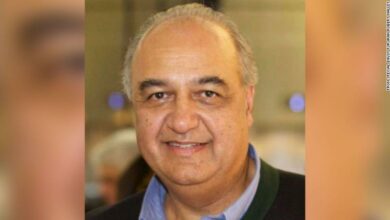