TEHRAN, Iran (AP) — Iran’s president is making a new pitch to hard-liners to stay in the country’s unraveling 2015 nuclear deal with world powers: the chance to buy and sell weapons abroad next year.

President Hassan Rouhani made the comments in a speech Monday in Rafsanjan in Iran’s southwest Kerman province.

Rouhani said: “If we save the nuclear deal, Iran’s arms embargo will be lifted and we can buy weapons or sell our weapons to the world. This is one of the deal’s significant impacts.”

The end of the weapons embargo, imposed by the United Nations, already worries the Trump administration.

All this comes a year after President Donald Trump unilaterally withdrew America from the deal. In the time since, Iran has begun breaking limits imposed by the deal to pressure Europe.

Photo: In this photo released by the official website of the office of the Iranian Presidency, President Hassan Rouhani speaks in a public gathering at the city of Yazd, some 410 miles (680 kilometers) southeast of the capital Tehran, Iran, Sunday, Nov. 10, 2019. Iran has discovered a new oil field in the country’s south with over 50 billion barrels of crude oil, Rouhani said Sunday, a find that could boost the country’s proven reserves by a third as it struggles to sell energy abroad over U.S. sanctions. (Office of the Iranian Presidency via AP) 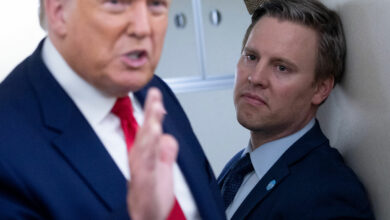