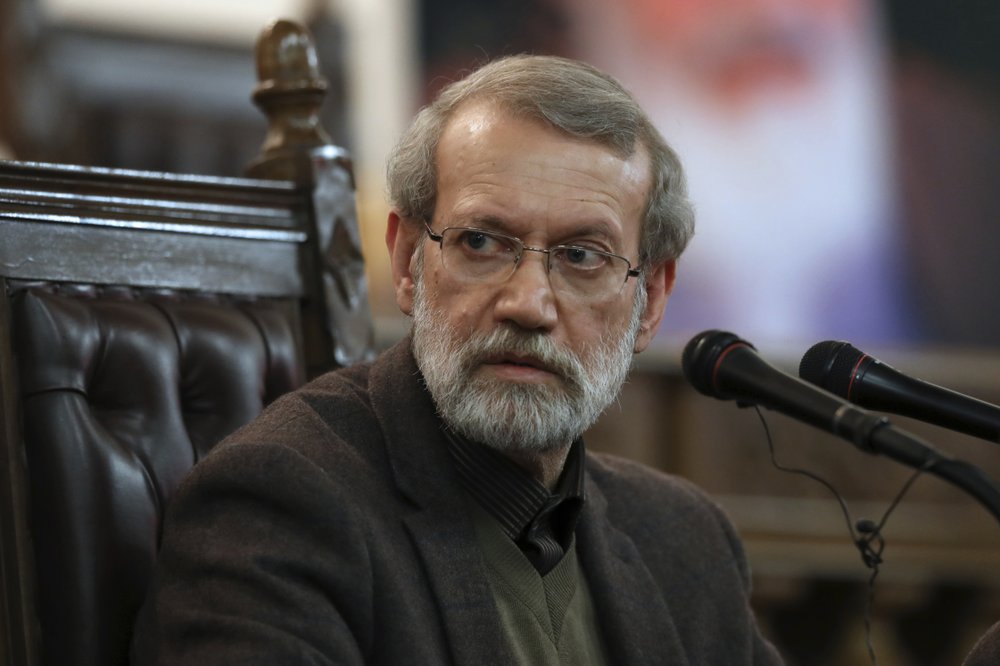 Iran’s parliament announced Ali Larijani’s illness on its website, saying he was receiving treatment in quarantine. Iran, the regional epicenter of the virus, has been fighting one of the world’s worst outbreaks.

As Israel’s case count rose to over 6,800, including 34 deaths, the country was rattled by the diagnosis of its health minister, who has had frequent contact with Prime Minister Benjamin Netanyahu.

The Middle East has confirmed over 82,000 cases of the virus and over 3,600 deaths, most of them in Iran. Iran’s Health Ministry said Thursday that the new coronavirus killed another 124 people, pushing the country’s death toll to 3,160.

Larijani, a former Revolutionary Guard commander who enjoys close relations to Supreme Leader Ayatollah Ali Khamenei, has led Iran’s legislative body since 2008. Over the years he has held various positions in the top ranks of Iran’s government, including head of state television, minister of culture and secretary of the Supreme National Security Council, which helps set foreign and defense policy. A number of his family members also hold top government positions.

In a rare acknowledgment of the severity of the outbreak, Iranian President Hassan Rouhani said the coronavirus may remain through the end of the Iranian year, which just began late last month, state TV reported Thursday.

“We always have to follow the health protocols provided by the health ministry,” Rouhani added.

Israeli Health Minister Yaakov Litzman and his wife, who also caught the virus, are members of Israel’s insular ultra-Orthodox community, which has been particularly hard-hit. Shortly after the announcement, Netanyahu’s office said he returned to self-quarantine because of contact with Litzman.

Netanyahu, who has tested negative, had previously been in isolation after a top aide contracted the virus. Hebrew language media reported that the head of Israel’s Mossad spy agency and the National Security Council were asked to self-quarantine because of their interactions with Litzman.

In a sign of how the virus risks fueling regional tensions, Yehiya Sinwar, a leader of Hamas, the militant Palestinian group that rules the Gaza Strip, warned Israel that it would respond with force in case of ventilator or food shortages.

“If coronavirus patients in Gaza happen to stop breathing, we still stop 6 million Zionists from breathing and we will take what we want by force,” he said in a live address on Hamas’ Al-Aqsa TV.

Public health officials have said that a coronavirus outbreak could devastate the Gaza Strip, a crowded coastal territory reeling from conflict, poverty and a 13-year Israeli-Egyptian blockade.

For most people, the virus causes mild or moderate symptoms, such as fever and cough. But for others, especially older adults and people with existing health problems, it can cause severe symptoms like pneumonia that can be fatal.

In war-torn Syria, the government extended the closures of mosques until April 16, nearly a week before the start of the holy month of Ramadan. It also expanded curfew times over the weekend and indefinitely extended a ban on visits to prisons, citing concerns over the spread of the virus.

Rights groups have called on governments across the Mideast to release thousands of political detainees held in crammed and unhygienic jails. In government-controlled Syria, 16 cases of infection and two deaths were reported, although limited disease surveillance systems have bred concern that the virus may be spreading further.

As a further containment measure, Syrian government announced it would isolate Sayyida Zeinab, a southern suburb of the capital, Damascus, which houses one of the holiest Shiite shrines. The heavily guarded site draws thousands of Iranian and Iraqi pilgrims and has been closed to visitors since March in precaution against the virus.

The World Health Organization said it was increasing preparedness in the rebel-controlled, northwestern region of Syria, which is home to 4 million people and extremely vulnerable to contagion. The war has destroyed or closed half of all health facilities, and hundreds of thousands of people who fled war and repeated government offensives have been crowded into displacement camps.

Meanwhile, with countries closing borders to slow the spread of the virus, the aviation industry’s largest trade association warned the pandemic is expected to wipe out $23 billion in passenger revenue from airlines across the Middle East and Africa this year.

The International Air Transport Association said Mideast airlines will see a $19 billion drop in revenue this year, compared to 2019. Airlines in Africa, including EgyptAir, are expected to see a $4 billion drop. Hundreds of thousands of job in the aviation sector are also at risk across both regions.

Saudi Arabia’s revenue loss could exceed $5.6 billion this year, with pilgrimage flights on hold in addition to commercial air traffic. The United Arab Emirates, home to world’s busiest airport for international travel in Dubai, is projected to lose $5.4 billion in revenue.

Egypt and Qatar could also see more than $1 billion each in revenue loss, while the aviation sector in South Africa is expected to lose $2.3 billion in potential revenue.

IATA said projections are based on assumptions that travel restrictions will continue through the second quarter of 2020.

US has lost opportunity to lift Iran sanctions amid coronavirus: Rouhani