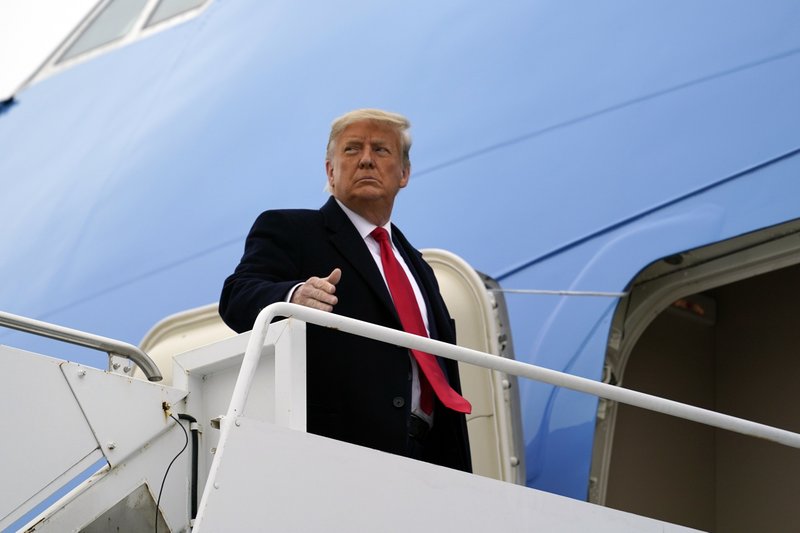 TEHRAN, Iran (AP) — Iran on Tuesday imposed sanctions on President Donald Trump and a number of members of his administration over their alleged role in support of “terrorism,” according to its foreign ministry website.

The foreign ministry did not say what kind of sanctions were imposed.

Khatibzadeh said the sanctions were based on Iranian law. He said they were the result of the Trump administration’s role in killing top Iranian general Qassem Soleimani in 2020 and its support for Israel in its conflict with the Palestinians.

In December, Iran imposed sanctions on the US ambassador in Yemen for his alleged role in support of airstrikes conducted by the Saudi-led coalition against Iran-backed Yemeni rebels known as Houthis.

FILE – In this Tuesday, January 12, 2021 file photo, President Donald Trump gestures as he boards Air Force One upon arrival at Valley International Airport, in Harlingen, Texas. Iran on Tuesday, January 19, 2021, imposed sanctions on President Donald Trump and a number of members of his administration over their alleged role in support of “terrorism,” according to the foreign ministry website. (AP Photo/Alex Brandon, File)