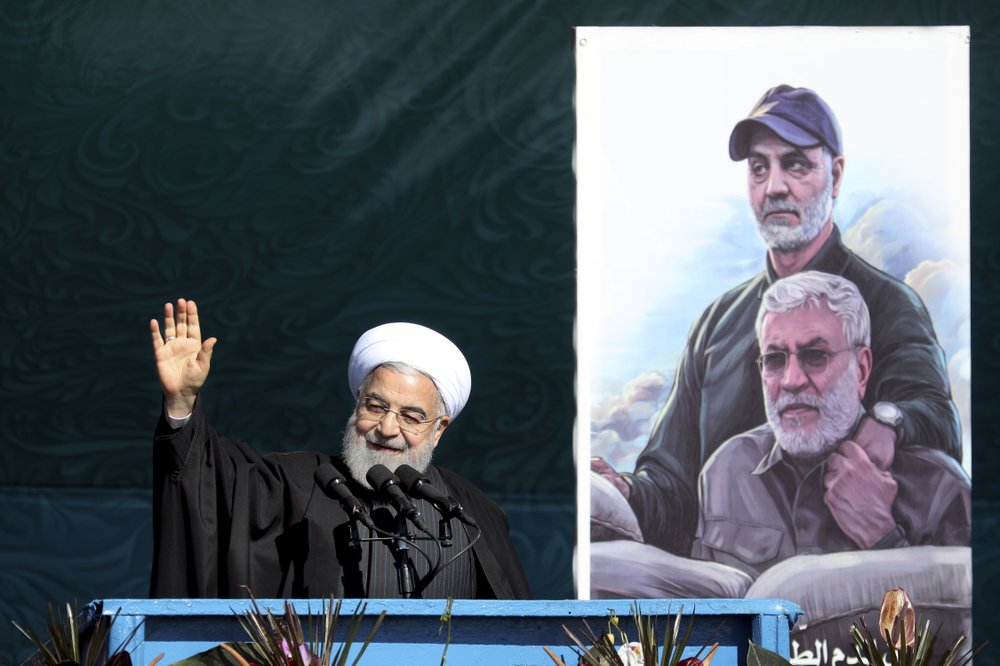 TEHRAN, Iran (AP) — Thousands of Iranian candidates approved to run in parliamentary elections kicked off their campaigns Thursday ahead of next week’s vote, even after authorities barred thousands of others from running, mainly reformists and moderates.

The Feb. 21 parliamentary elections come amid some of the highest tensions between Tehran and Washington in the past four decades. Iranian President Hassan Rouhani has slammed the disqualifications but earlier this week, he urged the crowds in Tehran marking the anniversary of the country’s 1979 Islamic Revolution to turn out at the polls in large numbers.

The vote is seen as a test of the popularity of the relatively moderate and pro-reform bloc led by Rouhani, who has struggled to deliver on campaign promises to improve people’s lives as Iran’s economy buckles under the weight of U.S. economic sanctions.

Also, a high turnout in the polls will be seen as a vote of confidence in the country’s Shiite theocracy, something Iran has tried to showcase amid the crisis with Washington.

Tensions with the United States could strengthen hard-liners by reinforcing long-held distrust of the West. The crisis escalated further after a U.S. airstrike in January that killed Iran’s top general, Qasem Soleimani, and led to a tense confrontation in which Iranian forces accidentally shot down a Ukrainian passenger plane after it took off from Tehran, killing all 176 people on board. The shootdown, and attempts by officials to initially conceal the cause of the crash, sparked public anger and protests in Iran.

The current 290-member parliament, elected in 2016, has more than 100 reformists and moderates, while the rest of the chamber is split between independents and hard-liners.

The powerful Guardian Council, the country’s constitutional watchdog which vets prospective candidates, had barred more than 7,000 people from out of over 14,000 who had applied in December to enter the race. That left over 7,000 candidates running in the Feb. 21 elections for the 290-seat parliament.

The majority of those rejected were reformist and moderate candidates but there were also some hard-liners among those barred and 90 current lawmakers. The hopefuls now have a week for campaigning, which is to end next Wednesday.

In Tehran, which accounts for 30 seats in the chamber, there are only several relatively well-known moderates and reformists on the list, with the rest not known to average citizens. The hard-liners running for seats in the next parliament are headed by former Tehran mayor Mohammad Bagher Qalibaf.

The moderates and reformists have championed improved ties with the West and expanded social freedoms, but they suffered major setbacks since President Donald Trump’s election. Trump pulled the U.S. out of Tehran’s 2015 nuclear deal with world powers, setting the agreement — which was championed by Rouhani — hurtling toward collapse, and reimposed new and tougher sanctions on Iran, which sent its economy into free fall.

Image: Iranian President Hassan Rouhani waves to the crowd as he arrives at the podium next to a picture of Iranian Revolutionary Guard Gen. Qassem Soleimani, top right, and Iraqi Shiite senior militia commander Abu Mahdi al-Muhandis, during a ceremony celebrating the 41st anniversary of the Islamic Revolution, at the Azadi, Freedom, Square in Tehran, Iran, Tuesday, Feb. 11, 2020 (AP Photo/Ebrahim Noroozi)

Iran again fails to put satellite into orbit amid US worries