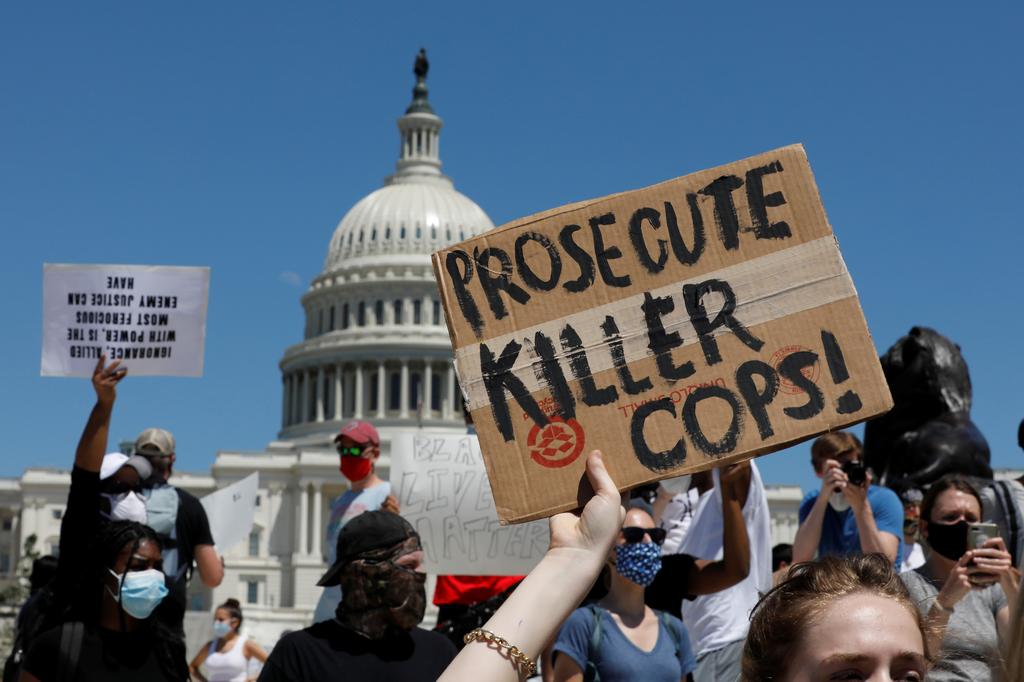 DUBAI (Reuters) – Iran took Washington to task on Saturday over the alleged killing of an unarmed black man by a white police officer that sparked protests in the United States over racial injustice.

“Some don’t think #BlackLivesMatter,” Iranian Foreign Minister Mohammad Javad Zarif said on Twitter. “To those of us who do: it is long overdue for the entire world to wage war against racism. Time for a #WorldAgainstRacism.”

“The US government is squandering its citizens’ resources,” Zarif said in a tweet echoing a 2018 statement from US Secretary of State Mike Pompeo. The tweet featured an image of Pompeo’s statement addressing protests in Iran, but with elements crossed out and replaced.

Iran’s foreign ministry earlier denounced the killing in Minneapolis, which has sparked protests in several cities, some of which have turned violent.

A ministry statement condemned what it called “the tragic murder of black people and deadly racial discrimination in the United States”.

“The voices of the protesters must be heard,” it said.

Separately, Iran’s interior minister indicated in an interview that the death toll in November street protests in Iran over fuel price hikes was below 225.

The reported toll has varied between an Amnesty International figure of over 300 and a Reuters account of 1,500 – both dismissed by the authorities.

Interior Minister Abdolreza Rahmani Fazli told state television late on Saturday that 40 to 45 of those killed in the unrest making up 20 percent of the death toll had not been shot by security forces.

Authorities are likely to announce the official toll in coming days, said Rahmani Fazli, who was blacklisted this month by the United States, which accused him of engaging in human rights abuse.

Hundreds of young and working-class Iranians took to the streets on Nov. 15 to protest against fuel price rises. The protests turned political, with demonstrators burning pictures of senior officials and calling on clerical rulers to step down.

Image; Protesters hold banners in front of the Capitol Hill during a rally against the death in Minneapolis police custody of African-American man George Floyd in Washington, US, May 30, 2020. REUTERS/Yuri Gripas