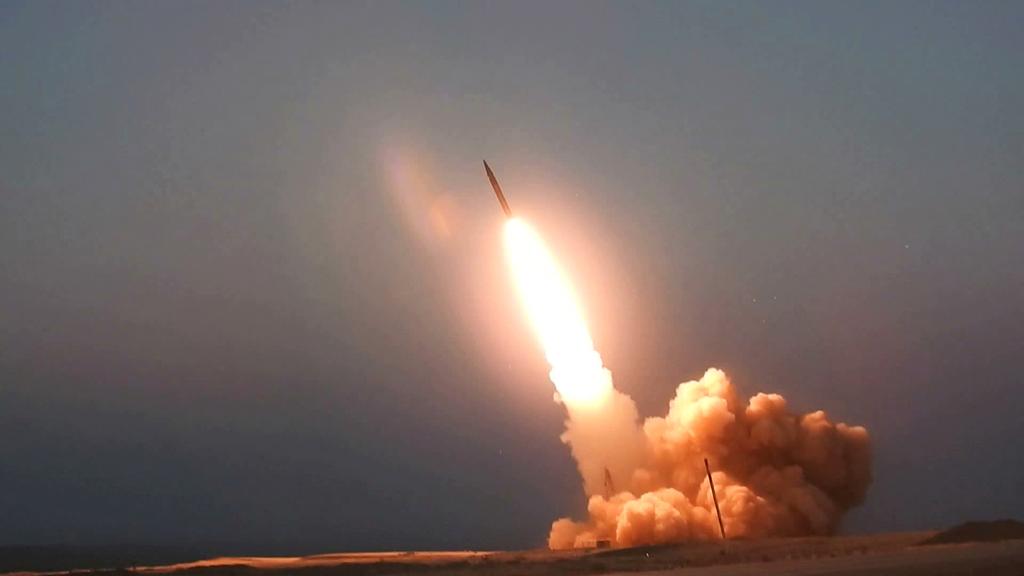 DUBAI (Reuters) – Iran displayed a surface-to-surface ballistic missile on Thursday that Defense Minister Amir Hatami said had a range of 1,400 kilometers and a new cruise missile, ignoring US demands that Tehran halt its missile programme.

Pictures of the missiles were shown on state TV, which it said was “the newest Iranian cruise missile that will further strengthen Iran’s deterrence power”.

Soleimani, head of Iran’s elite Quds Force, and Iraqi militia commander Abu Mahdi al-Muhandis were killed in January in a US strike on their convoy in Baghdad airport.

“Missiles and particularly cruise missiles are very important for us … the fact that we have increased the range from 300 to 1,000 in less than two years is a great achievement,” said Iranian President Hassan Rouhani.

The announcement comes as Washington is pushing to extend a UN-imposed arms embargo against Iran, which is due to expire in October under Tehran’s 2015 nuclear deal with world powers.

Tensions have been high between Tehran and Washington since 2018, when President Donald Trump pulled out the United States from the deal and reimposed crippling sanctions on Iran.

Washington says its aim is to force Tehran to agree a broader deal that puts stricter limits on its nuclear work, curbs its ballistic missile program and ends its regional proxy wars. Iran has rejected talks as long as US sanctions remain in place.

US Secretary of State Mike Pompeo said on Wednesday Trump has directed him to trigger ‘snapback’ – a return of all US sanctions on Iran – at the UN Security Council in New York on Thursday, after the council rejected Washington’s bid to extend Tehran’s arms embargo.

Image: A missile unveiled by Iran is launched in an unknown location in Iran in this picture received by Reuters on August 20, 2020. WANA (West Asia News Agency) via REUTERS

Trump: US demands restoration of UN sanctions against Iran