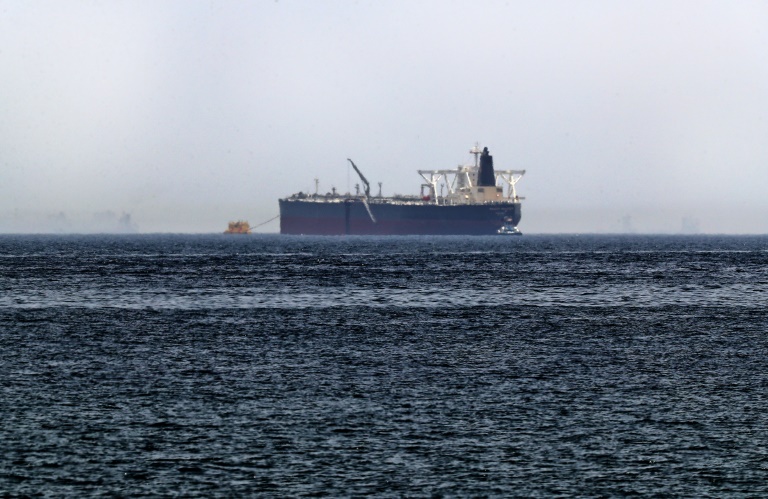 US experts are part of a five-nation team that is investigating the May 12 attacks that damaged the four vessels in the Sea of Oman off the UAE emirate of Fujairah.

“There’s no doubt in anybody’s mind in Washington who’s responsible for this,” he said.

“Who else would you think is doing it? Someone from Nepal?”

“We remain concerned and as watchful as we can,” he said.

“We are responding and consulting more closely with our allies in the region to discuss what to do next.”

Washington has reimposed tough sanctions against Tehran and ordered the deployment of 1,500 more troops to the Middle East.

Tehran called the attacks on the ships “alarming and regrettable”, and warned of “adventurism” by foreign players to disrupt maritime security.

Fujairah, where the attacks took place, is a key oil export terminal on the Sea of Oman that spares tankers the need to enter the Gulf through the strategic Strait of Hormuz, which Iran has repeatedly threatened to close.

Almost a third of the world’s oil supplies pass through the narrow strait between Iran and Oman which is the sole shipping lane into and out of the Gulf.

Two days after the attacks on the ships, Yemen’s Huthi rebels — accused by Abu Dhabi and Riyadh of being proxies of Tehran — hit a strategic diversionary pipeline in Saudi Arabia with two drones.

The east-west pipeline, which has the capacity to carry some five million barrels per day from the oilfields of the kingdom’s Gulf coast to the Red Sea, was shut for two days as a result of the attack.

Iran will defend itself against any aggression, says foreign minister