Minister of Interior Mansour al-Essawy issued a decision on Saturday to exempt those who hand in unlicensed and stolen police weapons from legal accountability, and to grant them licenses to carry weapons for lawful self-defense.

The minister announced that two phone lines will be provided to coordinate with citizens who want to hand over weapons to the Interior Ministry.

The minister said this decision has been made to encourage citizens to hand in weapons that are in their possession illegally, and called on people to help the Ministry of Interior re-establish security and stability in the country.

Following the January uprising, many people acquired arms without licenses, while the black market sales of arms have thrived. UK to urge allies to send warplanes to Ukraine 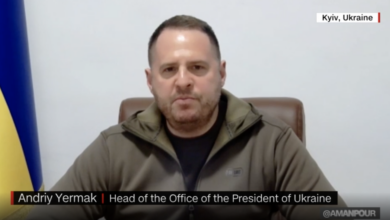