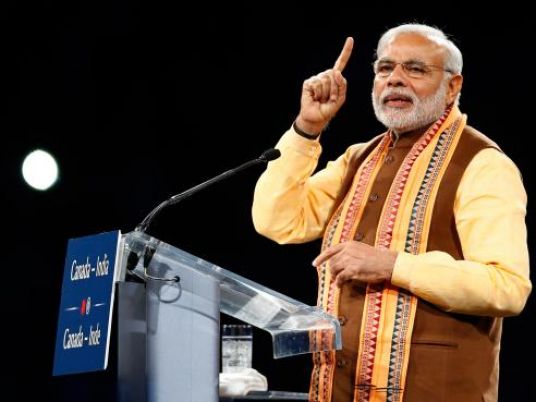 India’s Prime Minister Narendra Modi on Thursday condemned murder in the name of protecting cows, which are worshipped by the country’s majority Hindus, after a string of killings targeting Muslims and other minorities.

“Killing people in the name of Gau Bhakti (cow worship) is not acceptable. This not something Mahatma Gandhi would approve,” Modi said.

Modi’s comments come just days after the stabbing murder of Junaid Khan by a group of men who accused the 15-year-old Muslim and his brother of carrying beef.

India has been suffering a wave of vigilante murders, with at least 10 Muslims killed by mobs since April, said rights group Amnesty International.

Khan’s murder sparked protests across Indian cities, with demonstrators calling for an end to the violence under the slogan “not in my name”.

Modi expressed his “pain and anguish at the current environment” in India, listing incidents of vigilante violence.

“No person in this nation has the right to take the law in his or her own hands in this country. Violence has and never will solve any problem,” the prime minister said.

Critics say vigilantes have been emboldened since Modi’s right-wing Bharatiya Janata Party was elected in 2014.