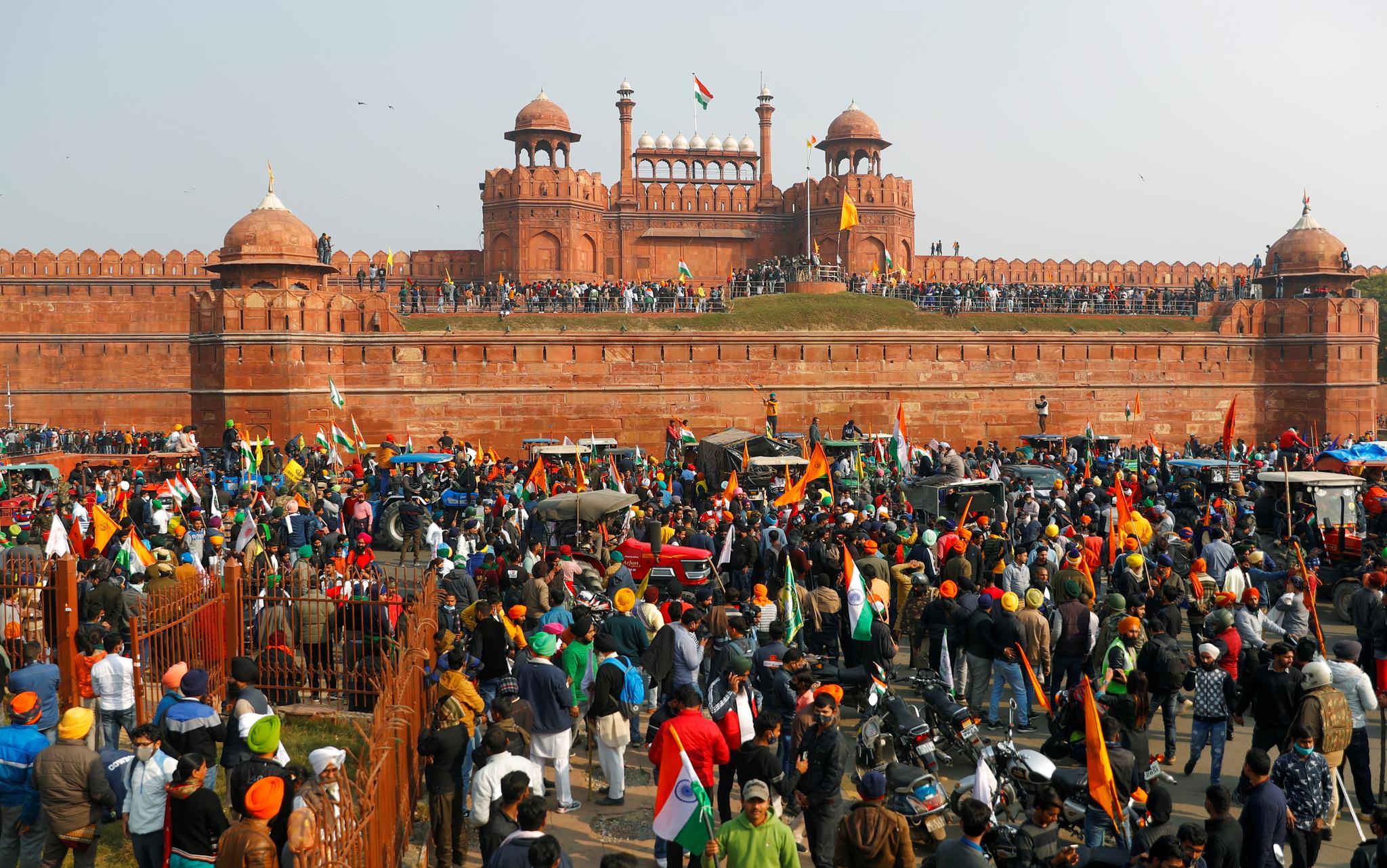 NEW DELHI (Reuters) – Police in the Indian capital arrested a man on Tuesday accused of leading a group of farmers who clashed with police and stormed the historic Red Fort last month during the worst day of violence in months of protests against agriculture reforms.

Tens of thousands of farmers have been camping out on main highways on the outskirts of New Deli for more than two months in a bid to force the government to withdraw new agricultural laws they say benefit private buyers at the expense of growers.

When India celebrated its Republic Day with a military parade on Jan. 26, farmers organized a procession of tractors that turned violent when some protesters deviated from the route and broke into the Red Fort complex.

One person died and hundreds were injured.

In the first arrest linked to that violence, police arrested a little-known actor from the northern state of Punjab, Deep Sidhu, and several others suspected of joining him at the Red Fort.

Sidhu is a Sikh and many farmers from Sikh-dominated Punjab have been at the vanguard of the protest.

Police did not give details of charges against Sidhu but would interrogate him, said officer Chinmoy Biswal.

Disassociating themselves from the violence, leaders of farmers’ unions, said Sidhu had not been a part of the protest and had infiltrating their tractor procession on Jan 26.

Farmer union leaders have accused Sidhu of being sympathetic to fringe groups demanding an independent Sikh state called Khalistan, carved out of India.

Sikh separatists waged an insurgency against the government in the 1980s and activism by Sikhs can risk reviving painful memories.

The farmers say the new laws will mean the end of guaranteed prices for their crops but Prime Minister Narendra Modi, urging farmers to end the protest, has assured them the government would still buy grain at set prices.

Rakesh Tikait, a prominent farmer leader, said the protest would go on until the government withdraws the laws, makes it mandatory for buyers to pay guaranteed prices for all crops and drops police cases filed against protesters.

Image: FILE PHOTO: Farmers gather in front of the historic Red Fort during a protest against farm laws introduced by the government, in Delhi, India, January 26, 2021. REUTERS/Adnan Abidi/File Photo