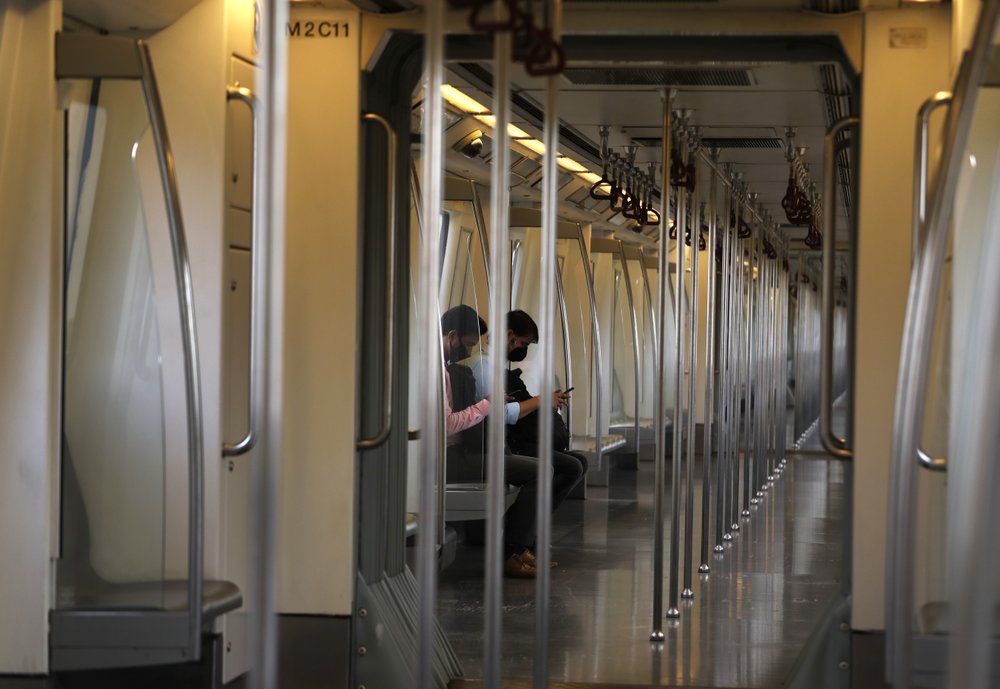 NEW DELHI (AP) — India’s increasing coronavirus caseload made the Asian giant the pandemic’s second-worst-hit country behind the United States on Monday as its efforts to head off economic disaster gain urgency.

The 90,802 cases added in the past 24 hours pushed India’s total past Brazil with 4.2 million cases. India is now only behind the United States, where more than 6.2 million people have been infected, according to Johns Hopkins University.

India’s Health Ministry on Monday also reported 1,016 deaths for a total of 71,642, the third-highest national toll.

The world’s second-most populous country with 1.4 billion people, India has been recording the world’s largest daily increases in coronavirus cases for almost a month. Despite over 2 million new cases in the past month and the virus spreading through the country’s smaller towns and villages, the Indian government has continued relaxing restrictions to try and resuscitate the economy.

Only asymptomatic people were allowed to board the chugging trains, with masks, social distancing and temperature checks mandatory.

“We are on our way. It’s been 169 days since we’ve seen you!,” the official Twitter account of Delhi Metro tweeted.

The capital’s metro train network is India’s largest rapid transport system. Before closing down in March, the packed trains carried an average of 2.6 million passengers daily.

The reopening comes after India’s economy shrank faster than any other major nation’s, nearly 24% in the last quarter.

India’s economic pain dates to the demonetization of the nation’s currency in 2016 and a hasty rollout of a goods and services tax the next year. But the harsh virus lockdown that started on March 24 further exacerbated the country’s economic woes.

When Prime Minister Narendra Modi ordered 1.4 billion Indians to stay indoors, the whole economy shut down within four hours. Millions lost their jobs instantly and tens and thousands of migrant workers, out of money and fearing starvation, poured out of cities and headed back to villages. The unprecedented migration not only hollowed out India’s economy but also spread the virus to the far reaches of the country.

Now, as the cases surge, most of the country, except in high-risk areas, has already opened up and authorities say that they have little choice.

Almost 60 percent of India’s active cases are coming from the states of Andhra Pradesh, Tamil Nadu, Karnataka, Maharashtra and Uttar Pradesh, India’s most populous state. But infections are also returning to areas that had managed to slow the spread of the virus, offsetting marginal gains.

Initially hit hard by the virus, New Delhi had seemed to turn the tide through its aggressive screening for patients. But after reopening steadily, the state has reported a recent surge in cases and fatalities. The reopening of the metro is expected to further worsen the situation, experts fear.

The recent surge in cases also highlights the risks of India’s strategy on relying too heavily on rapid tests that screen for antigens or viral proteins. These tests are cheap, yield results in minutes and have allowed India to test over a million patients daily.

But they are also less precise and likely to miss infected people, said Dr. Gagandeep Kang, an infectious diseases expert of Christian Medical College at Vellore in southern India.

India also says its recovery rate is 77.3 percent and the case fatality rate has declined to around 1.72 percent.

By SHEIKH SAALIQ and ANIRUDDHA GHOSAL

Image: Commuters travel in an almost empty Delhi metro train in New Delhi, India, Monday, Sept. 7, 2020. India’s coronavirus cases are now the second-highest in the world and only behind the United States, as the caseload crosses Brazil on a day when urban metro trains partially resume service in the capital New Delhi and other states. (AP Photo/Manish Swarup)