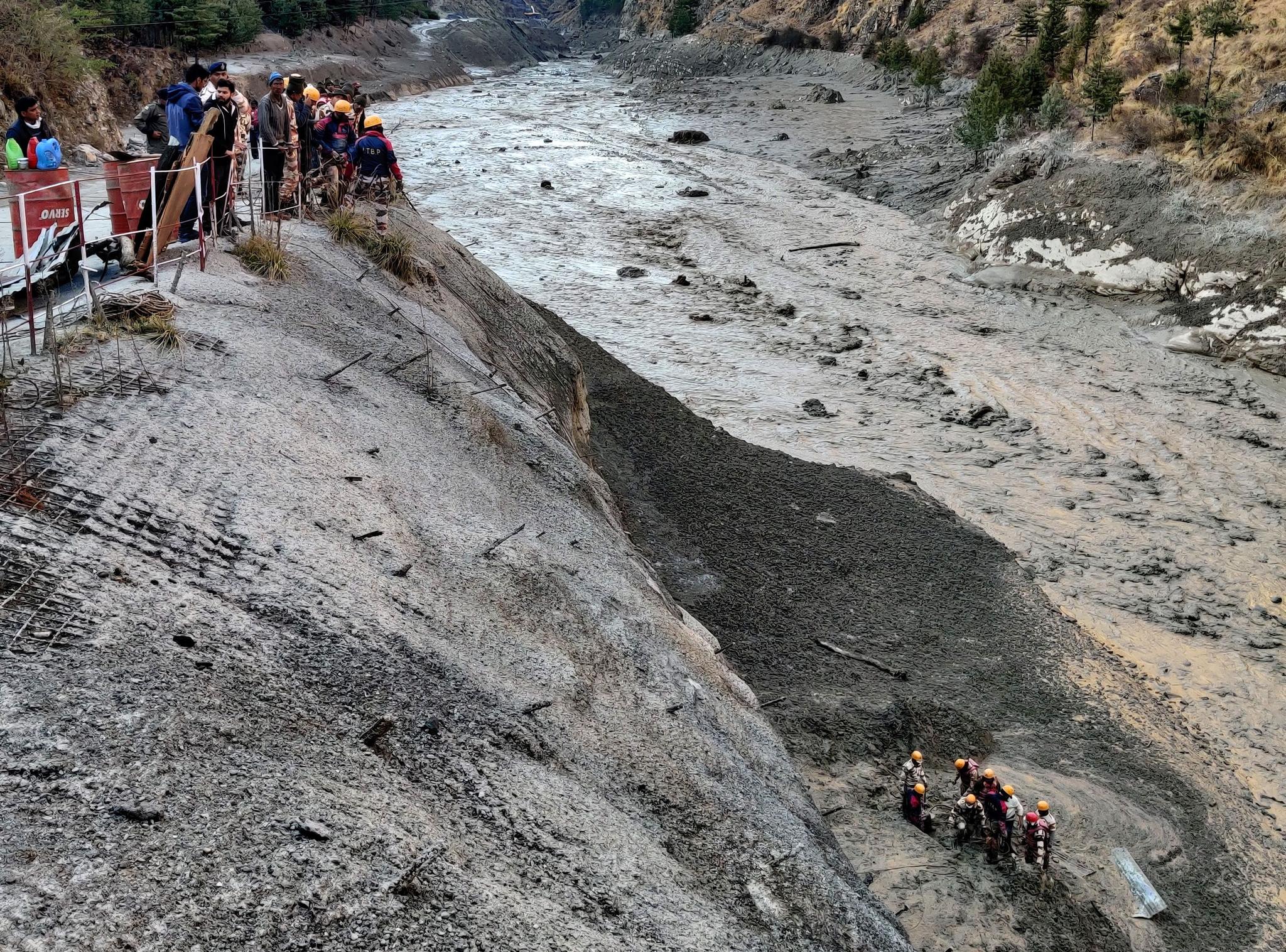 LUCKNOW (Reuters) – Rescuers were looking for an estimated 170 people missing in the Indian Himalayas on Monday, including some trapped in a tunnel, after a part of a glacier broke away, sending a torrent of water, rock and dust down a mountain valley.

The bodies of 12 people have been recovered, officials said.

Most of the missing were people working on the two projects, part of the many the government has been building deep in the mountains of Uttarakhand state as part of a development push.

“As per the information from the local authorities, around 170 people are missing in this accident,” Vivek Pandey, a spokesman for the Indo-Tibetan Border Police that is involved in the rescue effort, said.

“Everything was swept away, people, cattle and trees,” Sangram Singh Rawat, a former village council member of Raini, the site closest to the Rishiganga project, told local media.

Rescue squads were focused on drilling their way through a 2.5 km (1.5 miles) long tunnel at the Tapovan Vishnugad hydropower project site that NTPC was building five kms (3 miles) downstream where about 30 workers were believed trapped.

“We are trying to break open the tunnel, it’s a long one, about 2.5 km,” said Ashok Kumar, the state police chief. He said rescuers had gone 150 metres (yards) into the tunnel, but debris and slush was slowing progress.

There had been no voice contact yet with anyone in the tunnel, another official said.

On Sunday, 12 people were rescued from another tunnel that was much smaller.

It was not immediately clear what had set off the avalanche at this time of year, with freezing temperatures and no rain. In June 2013, record monsoon rains in Uttarakhand caused devastating floods that claimed close to 6,000 lives.

A team of scientists were flown over the site of the latest accident on Monday for surveillance to find out what exactly happened.

“It’s a very rare incident for a glacial burst to happen. Satellite and Google Earth images do not show a glacial lake near the region, but there’s a possibility that there may be a water pocket in the region,” said Mohd Farooq Azam, assistant professor, glaciology & hydrology at the Indian Institute of Technology in Indore.

Water pockets are lakes inside the glaciers, which may have erupted leading to this event. Environment groups have blamed construction activity in the mountains.

Image: Members of Indo-Tibetan Border Police (ITBP) search for survivors after a Himalayan glacier broke and swept away a small hydroelectric dam, in Chormi village in Tapovan in the northern state of Uttarakhand, India, February 7, 2021. REUTERS/Stringer