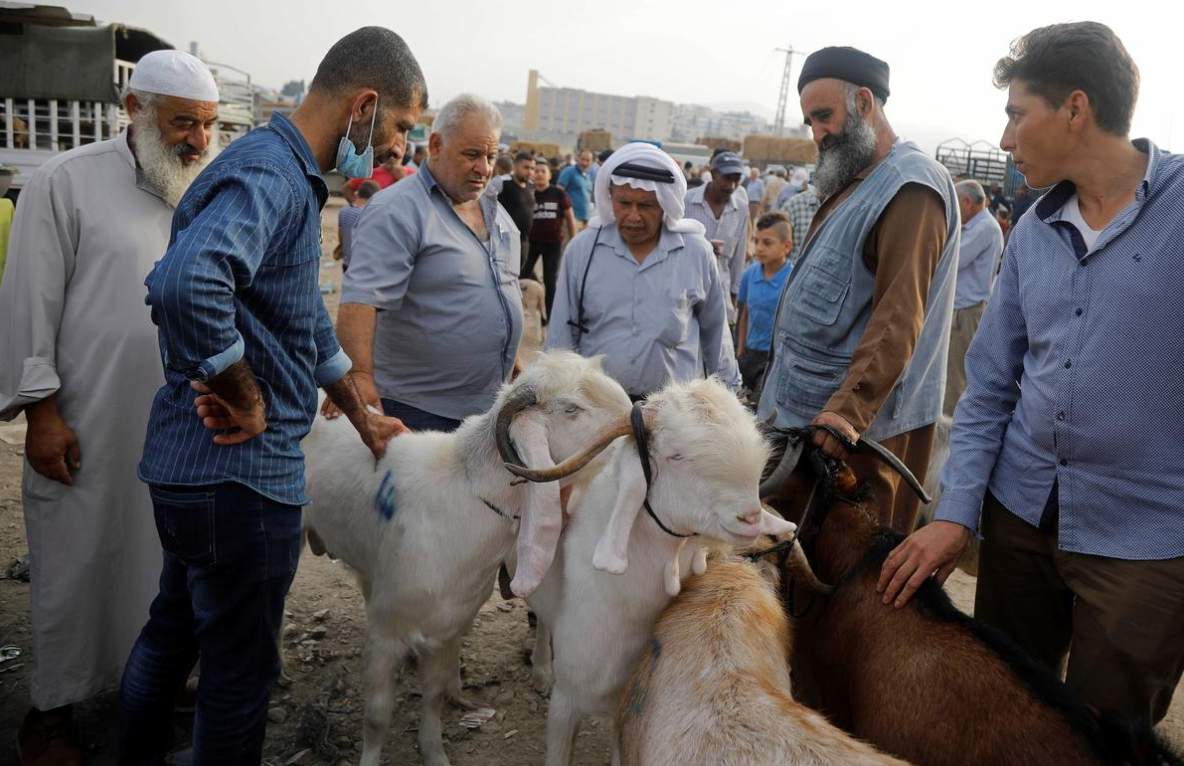 The Palestinian Authority (PA) has imposed a partial lockdown over areas under its control to battle a surge in new cases, forcing many businesses to close and sending unemployment to an estimated 18 percent.

“Who exactly can afford [sheep] to sacrifice?,” livestock merchant Daoud Ebayat asked at a hillside market in Bethlehem. “People are unable to cover expenses for their children, there’s no work.”

Around 115,000 sheep and ten thousand calves were sold during Eid al-Adha in the West Bank and in East Jerusalem last year, according to ministry data.

But with many out of work, and public servants on reduced pay as the PA attempts to weather a financial crisis, local officials say sheep sales have plummeted.

“There will be a decrease, some are saying, of about 20 percent or more,” said Tareq Abu Laban, an official at the Palestinian agriculture ministry, noting that final figures were not yet available.

In Bethlehem, several dozen customers haggled with merchants at the sparsely-crowded market, hoping for a bargain on sheep that Ebayat says sell for around 2,000 shekels (US$588) each. The average monthly income in the West Bank is $350.

Many buyers share larger animals, such as cows or camels, with their extended families to manage the cost ahead of the four-day Muslim festival, which begins on Friday.

Eyad Daraghmeh, who runs a slaughterhouse in Al-Bireh, pointed to empty animal pens at his sprawling facility as evidence of Palestinians’ economic hardship.

“These sheds used to be full of livestock and sacrifices, at least 6,000 available for slaughter,” Daraghmeh said. Behind him a lone calf walked around an otherwise empty pen.

Fawzat Rayyan, a livestock breeder in the northern West Bank city of Nablus, said that by this point in a typical year he would have sold 120 animals.

“This year it is hardly half that number […] the coronavirus is weighing down on us,” he said.

Palestinians have reported 75 deaths and over 10,000 COVID-19 cases in the occupied West Bank, the majority of them in the last two months.

Image: Palestinians shop at a livestock market ahead of the Muslim festival of sacrifice Eid al-Adha, amid the coronavirus disease (COVID-19) crisis in Nablus in the Israeli-occupied West Bank July 27, 2020. Picture taken July 27, 2020. (REUTERS/Raneen Sawafta)

Pilgrims pray on peak day of hajj in shadow of coronavirus