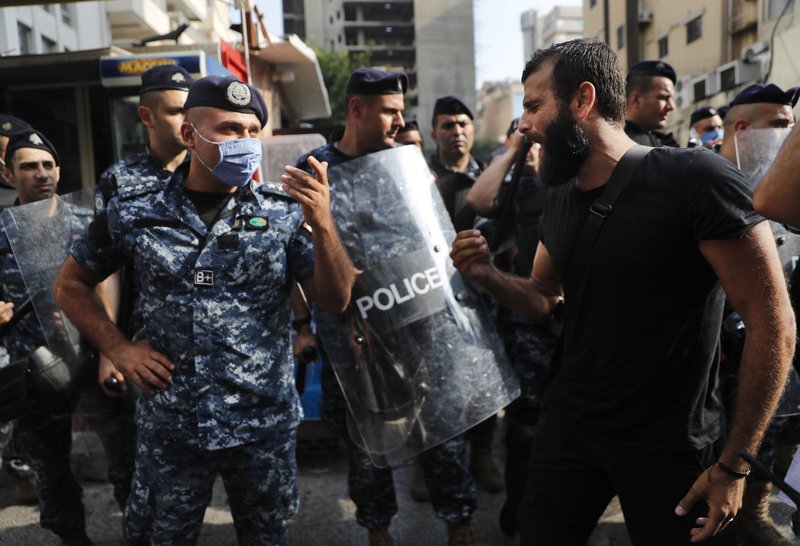 BEIRUT (AP) — The International Monetary Fund on Monday urged Lebanese authorities to unite behind a government economic plan that has received a cool reception from the banking sector, saying the country needs a reform program to rescue an economy mired in crisis.

Lebanon, one of the most indebted nations in the world, is passing through the worst economic and financial crisis in its modern history, with its currency having plunged to record lows against the dollar.

In April, the government adopted a 53-page Financial Recovery Plan that acknowledged the economy is in “free fall” and said an international bailout was “urgently needed.”

The government says the country’s losses stand at 241 trillion pounds, or about US$69 billion. The Central Bank, banking sector and a parliamentary committee estimate much lower losses.

The country has held 17 rounds of talks with the IMF over the past two months, but has been unable to secure a bailout in part because of the internal disagreements. Two members of the Lebanese negotiating team have resigned in protest at the way the government is handling the talks.

“For productive discussions to continue it is very important that the authorities unite around the government plan,” said Athanasios Arvanitis, deputy director of the IMF in the Middle East. He said the IMF is ready to work “together with the authorities to improve the plan where this is necessary.”

Lebanon’s economic crisis, rooted in decades of corruption and mismanagement, deepened after nationwide protests against the political class erupted in October. Banks have imposed informal capital controls, limiting the withdrawal of dollars, and the cash-strapped government defaulted on its sovereign debt in March for the first time. The coronavirus lockdown has thrown tens of thousands of people into poverty and unemployment.

The IMF said in April that Lebanon’s economy is expected to shrink 12 percent in 2020.

Jihad Azour, the IMF’s director in the Middle East, told reporters during a virtual news conference that the IMF team is currently discussing with Lebanese authorities the various components of the plan. He said structural reforms are being discussed as well as social protection.

Arvanitis said the IMF believes that the government’s original plan “went in the right direction. It provided an assessment of the challenges and an estimate of the financial losses.”

He warned that attempts to present lower losses and postpone difficult measures will only increase the cost of the crisis by delaying the recovery and hurting the most vulnerable.

Arvanitis said that beyond agreeing on this strategy, it is essential for the authorities to begin implementing critical economic reforms.

Image: An anti-government protester shouts at riot police, near the scene where a Lebanese man killed himself on Beirut’s commercial Hamra Street, apparently because of the deteriorating economic and financial crisis in the country, in Beirut, Lebanon, Friday, July 3, 2020. The man left a note that reads in Arabic: “I am not heretic but hunger is heresy,” words taken from a Lebanese song. Security officials said they were investigating the incident and motives for his suicide. (AP Photo/Hussein Malla)

Hottest commodity in Lebanon’s economic chaos: The US dollar