Jehan Sadat, widow of late President Anwar Sadat, criticized the large number of candidates running in the presidential elections, calling for the need to set conditions and standards for candidacy.

“I will vote for Mansour Hassan, for he is a great and promising personality,” she said on the sidelines of a seminar hosted by the Sadat Forum for Peace and Development in Washington, titled “America’s Stakes in a Changing Middle East.”

Regarding her relationship with Suzanne Mubarak, wife of deposed President Hosni Mubarak, Sadat said it was not close.

“We used to talk on the phone every now and then to greet each other on certain occasions,” she said.

On the role of the first lady after the revolution, Sadat said she should have a social function away from politics. “If I was the first lady, I would serve children, women and people with special needs,” she said.

She also said the Islamists should be given more time to achieve what they had promised to do. “We were all afraid of the Islamists, including myself, but the majority of the people voted for them in the first free and fair elections in 30 years,” she said. “They might do good for Egypt.” 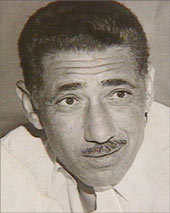