The number fans of a Facebook page against the Muslim Brotherhood’s nomination of its former deputy supreme guide, Khairat al-Shater, surpassed that of Shater’s official fan page on Monday.

Shater’s official campaign page has attracted 62,300 fans, while the page against him, “I will not vote for Shater,” has gained 76,500.

The official page supporting Shater for president was first created on Saturday after the Brotherhood announced his nomination. Hours later, an opposing Facebook campaign also emerged.

“The number of our fans surpassed that of Khairat al-Shater’s official page in less than 24 hours,” the opposing campaign said in one of its posts on Monday. The response is considered a strong message of disapproval for the Brotherhood.

An even stronger message, the page’s organizers said, would be if the number of fans doubles that of Shater’s official page.

Shater’s page posted opinions from public figures such as Rafiq Habib, who described Shater as an exceptional person for his drive, enthusiasm and abilities. The page also quoted MP Hassan al-Brince, who praised Shater as the engineer of Egypt’s renaissance project, to which he said 1,000 Egyptian scientists had contributed. 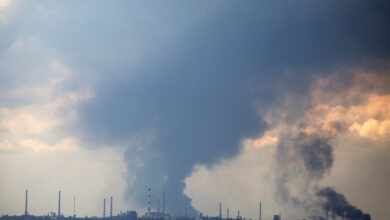