Facebook Twitter LinkedIn
When we continue to confront the US and Israel only through shouting, condemnation and rejection, and when the Arabs fail to stop any external aggression since the US invasion of Iraq in 2003, we’ve shown we have a real problem in the nature of the ruling Arab regimes.
The condemned American strike on Syria reflects a large failure on the part of the ruling regime in Syria as well as on part of the jihadists who have been exported to Syria. The solution will not be defending Bashar or welcoming the strike, but at least to know how we reached this level of indignity and how regimes such as that of Saddam Hussein, Muammar Gaddafi and Bashar al-Assad have caused foreign powers to intervene in their countries and demolish the rest of their national state.
The Arab world over the past decades witnessed a placebo division between defiant failing regimes and moderate failing regimes. It is true that the crimes of the Mubarak regime cannot be compared to the crimes of regimes who have raised slogans of defiance and practiced killing and displacement against its people without firing a single shot at Israel. It is certain that both concepts, moderate and defiant regimes, need to be revised. But the moderate regimes did not achieve development or allow its people to practice democracy, and the defiant regimes never really resisted Israel.
The Arab world has been living in a bilateral illusion for over nearly 35 years. It began with Anwar al-Sadat’s “axis of moderation and realism,” on one hand, and the “axis of steadfastness and response” on the other, later named as the “axis of defiance.”
Certainly, the problem of Egyptian performance throughout that period, especially during the Mubarak era, was not that we moved from the peace camp to the war camp (which did not exist among Arab regimes since Sadat’s initiative to Jerusalem in 1977), nor was it that we adopted military options that Bashar al-Assad regime never thought of. Bashar al-Assad turned his army into a tool that kills his people instead of using it in a war against Israel. The problem in Egypt, meanwhile, was failing to take advantage of the peace treaty with Israel to achieve political and economic development and build a true renaissance of progress.
Moderate Arab countries’ calls for self-restraint failed to urge Israel to back down, even for once, on its decision of “non-restraint.” Rejecting and denouncing aggression failed also to prevent the US from attacking Afghanistan, Iraq, Libya and Syria.
Perhaps the Arab Spring revolutions brought the crisis of both parties into light, as neither the moderates became real moderates, achieved development and democracy to their people and formed regional and international influence as was expected. Neither did the defiant countries fight Israel since the 1973 war.
Thirty-four years after the Camp David accords were signed, two years since the start of the Arab revolutions and after the failure of the rule of the Muslim Brotherhood in Egypt, it has become clear once again that our crisis is in the construction of a new national model that neither sides with a regime like Assad’s nor defends Mubarak. This model should be a locally made model which, despite its openness to foreign countries, is not made abroad and does not import its rulers on board of US battleships as the Muslim Brotherhood in Egypt wants. Neither can it be a regime that kills its people with impunity as the Syrian regime.
Yes, the Arab world needs to build political systems that adopt development and democracy for real.
There could emerge under the principles of democracy and the rule of law reformers and conservatives, moderates and extremists, Islamists and liberals, who can manage their disagreements on the basis of democracy and by defending the interests of the people without any links to the previous failures.
Edited translation from Al-Masry Al-Youm
Tags
1973 Arab-Israeli war Bashar al-Assad The United States 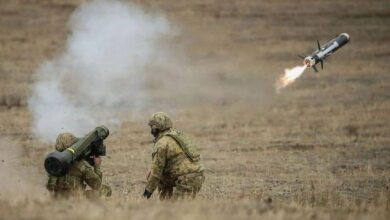 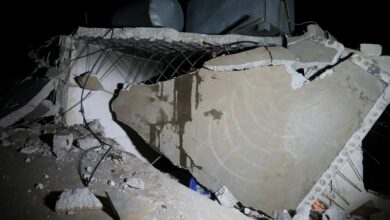 EgyptAir flights to New York back to schedule after bad weather