Ten families are living on the street after their house in Manshiyet Nasser collapsed. After giving up hope that local officials will extend a helping hand, the homeless families turned to President Mubarak.

“We’re just worried that he has no time for us because of the elections we have nowadays,” said Mahmoud Hesham.

Hesham, who used to live in the house, seemed to believe that his problem could not be solved by anyone beneath President Mubarak.

The three-story house had nine rooms, each occupied by a family. Ibrahim Mohamed Khalaf, who owns the house, seemed surprised by the collapse.

“We don’t know where to go. Our house has collapsed and we have nowhere else to live,” said Khalaf. “My father bought the house 40 years ago. I lived in it until I got married, then I inherited it from my father after he died. But then the house was almost empty, so I rented out some space.” Khalaf said the house collapsed because of its age.

“I went to the Manshiya local council, and presented to them all documents that prove my ownership of the house, but the officials there kicked me out and said the council had nothing to do with our problems,” Khalaf said.

Omm Ibrahim also wants the problem solved quickly. “Winter is coming and I won’t be able to live on the street then,” she said. Omm Ibrahim is also hoping that the president will intervene to help the homeless families. 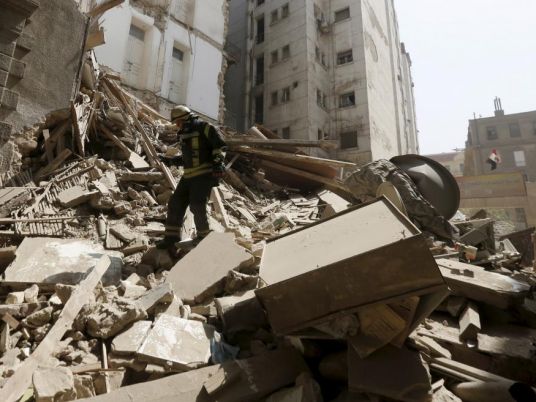 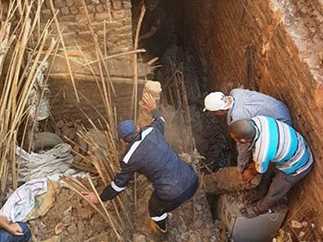 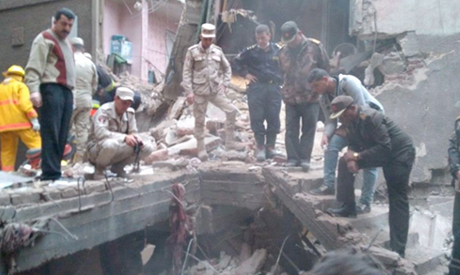 9,000 homes destroyed in Sudan due to torrential rains