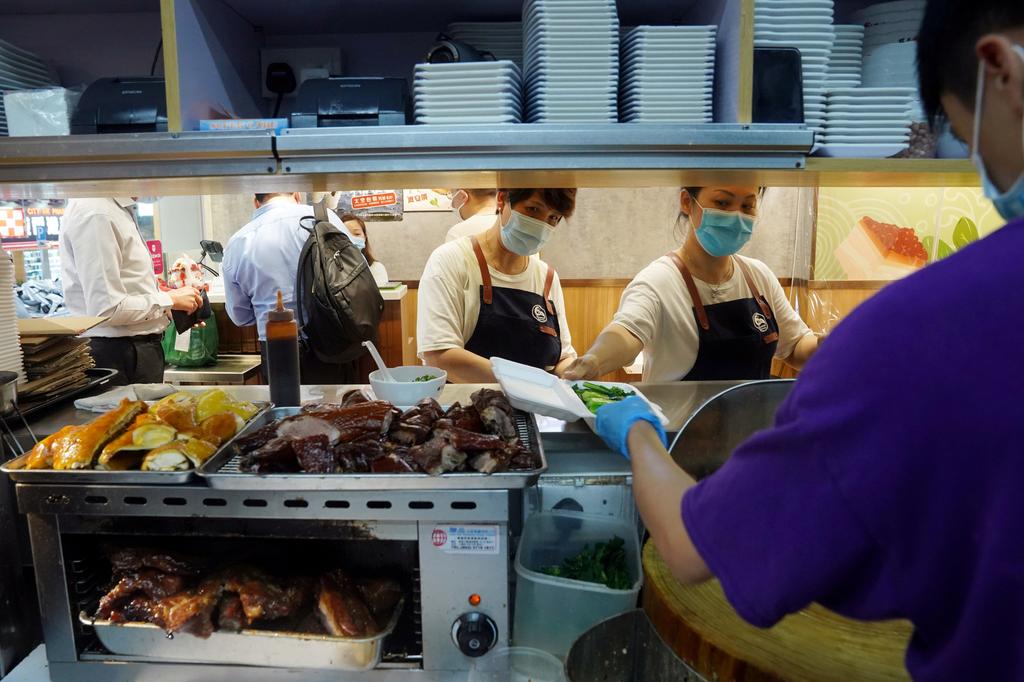 HONG KONG (Reuters) – A new Hong Kong ban on dining at restaurants and food stalls aimed at reining in a spike in coronavirus cases threatens to complicate life for the many people in the city who depend on eating out for daily meals.

Hundreds of thousands of Hong Kongers live in subdivided tiny apartments, shared by multiple families and which often do not have kitchen facilities or even if they do, are too cramped to be used often.

“Many people don’t cook or cannot cook. Lots of old people cannot cook. Most of my friends don’t have kitchens – they eat out for every meal,” said a car driver who gave his surname as Chong as he walked through the bustling Wan Chai district where food stalls line the streets.

For the seven-day duration of the ban, people without a kitchen will have to make do with takeout or food purchased at supermarkets.

The ban on restaurant dining is one of several new restrictions imposed to curb the virus – tightening a rule put in place earlier this month which forbade dining at restaurants after 6 p.m. Other restrictions announced on Monday include mandatory face masks in all public places and a ban on gatherings of more than two people.

The former British colony has seen a spike in locally transmitted coronavirus cases over the past three weeks, with 145 cases reported on Monday, a daily record and the sixth consecutive day of triple digit infection figures. Since late January, more than 2,700 people have been infected in Hong Kong, 20 of whom have died.

Simon Wong, president of the Hong Kong Federation of Restaurants, said the sector would lose HK$5 billion ($645 million) in revenue in July if the government were to shut down dine-in services for the month.

“Even if we take subsidies from the government relief measures, we may not be able to survive this wave,” he said.