When a nuclear bomb landed in the Gregg yard in South Carolina in 1958, it left a big crater, killed a few chickens, caused the family minor injuries and wrecked their Chevrolet.

Luckily, the device that had fallen out of a B-47 bomber after Captain Bruce Kulka accidentally grabbed a lever opening the bomb bay — almost falling out himself — was not fully armed with a fissile core.

But other US aircraft routinely flew carrying fully-primed nuclear weapons, and the incident, as highlighted in this week's international conference on nuclear weapons in Vienna, was far from isolated.

"We were lucky to get out of the Cold War without a nuclear detonation," US author Eric Schlosser, who recounts this episode and many others in his recent book "Command and Control", told the gathering.

"The problem with luck is that eventually it runs out," said Schlosser, who spent six years researching his book, sifting through thousands of pages of documents obtained through the Freedom of Information act and interviewing a range of senior figures.

In another case in 1961, a B-52 bomber broke up in the air and went into a spin. The resulting centrifugal forces pulled a lanyard that released a fully operational hydrogen bomb — a super-powerful nuclear bomb — over North Carolina.

"There was one switch in that weapon that prevented the full-scale detonation of a hydrogen bomb hundreds of times more powerful than the Hiroshima bomb" dropped by the US on Japan on 1945, Schlosser said.

And in 1968, a B-52 bomber carrying four hydrogen bombs crashed near the Thule air base in Greenland.

The conventional explosives surrounding the nuclear core exploded, but a full nuclear explosion was averted, although radioactive plutonium was dispersed in the area and part of one of the bombs was never recovered.

In 1980 Zbigniew Brzezinski, former US national security adviser, was woken up at 2.30 am to be told of 220 — then corrected to 2,200 — incoming Russian nuclear missiles.

Brzezinski was about to phone president Jimmy Carter, and US bomber crews had already started their engines, when the all-clear came through. The false alarm was triggered by a faulty microchip costing less than 50 cents.

Thing of the past?

Since the collapse of the Soviet Union 25 years ago, nuclear arsenals have been slashed, and technological advances and security improvements have reduced the chances of an accident.

The US says its missiles are pointed to land in the middle of the ocean. Its combat aircraft no longer routinely have nuclear bombs on board.

But there are believed to remain 16,300 nuclear weapons worldwide in the hands of nine countries, 1,800 of them ready to be launched at short notice, and experts say that major causes for concern persist.

The nuclear warheads themselves may be more modern, but the equipment that carries them — missiles, aircraft and submarines — are antiquated, and incidents still happen.

In France, for example, there have been security breaches at the Isle Longue nuclear submarine base, and in 2009 two British and a French nuclear sub reportedly collided, said Jean-Marie Collin, head of a group representing 20 French MPs calling for disarmament.

Britain's Daily Express reported this week that there have been 44 fires on board Royal Navy submarines in the past four years.

But most worryingly, said Bruce Blair, a former US control officer for nuclear missiles now at Princeton University, the time needed to deploy a nuclear weapons is being cut, putting them on dangerous "hair-trigger readiness".

"Russia has shortened the launch time by automating the firing process. High command posts in the Moscow area need only seconds to directly fire missiles out of silos as far away as Siberia," Blair said.

This in turn increases the risk from another area barely known about in the Cold War — cyber-attacks, said Camille M. Francois, an expert in the field at Harvard Law School's Berkman Center for Internet and Society.

With their high level of automation, "nuclear assets are by their nature extremely vulnerable to cyber-attack," Francois said.

And in addition, she told AFP, policymakers still have something of a "1980s mentality", focusing on the idea of a lone hacker — like in the 1983 movie "WarGames" — and believing that cyber-attacks can only come via the Internet.

"It's not kids anymore, it is states investing very heavily in cyber-warfare. This is the new battlefield, the fifth domain of war," she said.

Former US State Department official Mark Fitzpatrick, now at the International Institute for Strategic Studies, told AFP that the fact that there has never been a nuclear explosion by accident, mistake or miscalculation "suggests that the weapons custodians take their task seriously".

"On the other hand, I think the world has been very lucky not to have experienced such an occurrence … The urgency of the issue can be exaggerated, but I would not discount the risks or the devastating consequences of failure."

"Nuclear weapons are the most dangerous weapons ever made," Schlosser told AFP. "This technology has never been under our control since the very beginning." 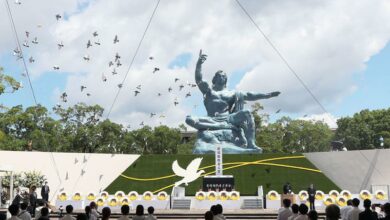 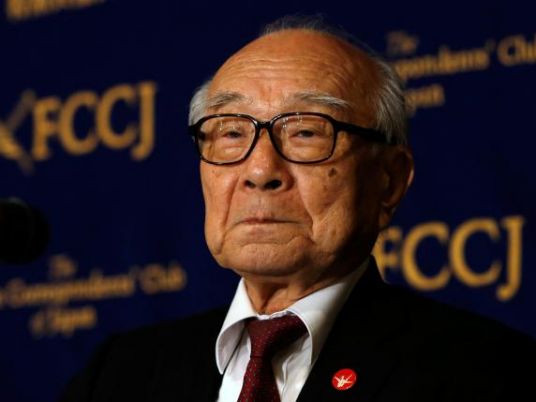