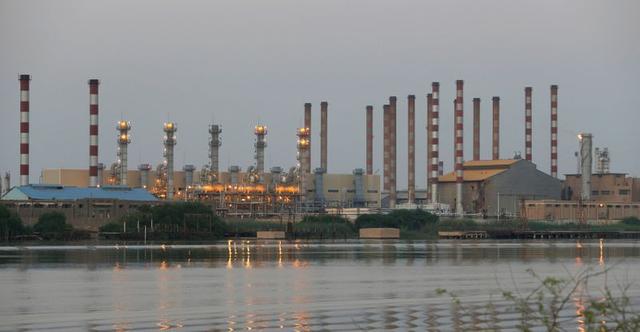 LONDON (Reuters) — Iran’s oil exports have sunk to a record low as the coronavirus crisis compounds the impact of US sanctions already limiting shipments, underlining the diminishing oil clout of what was OPEC’s second-largest producer.

Exports averaged 70,000 barrels per day in April, down from 287,000 bpd in March according to Kpler, which tracks the flows. The difficulty assessing volumes means the total may be revised higher and Kpler said that could possibly be to as much as around 200,000 bpd, but even then it would still be lowest in decades, it added.

“We’ve seen a reduction in Iranian exports, which is driven by lower Chinese purchases,” said Daniel Gerber, chief executive of Petro-Logistics, which also tracks the flows. “We are not yet seeing any improvement in Iranian exports in May.”

The drop in oil demand caused by government lockdowns to contain the coronavirus, and slide in prices, have increased buyer choice, making it harder to find customers willing to take the oil which US President Donald Trump reimposed sanctions on two years ago.

“Finding customers is not easy,” said Sara Vakhshouri of consulting firm SVB Energy International. “Currently there is a huge oversupply and there is plenty of low-priced oil available in the market.”

Iran and fellow OPEC member Venezuela, which is also under sanctions, have had to compete with discounts offered by other producers like Saudi Arabia, as well as pay commission to those that buy and sell their crude, she said.

“If you add the discounts to the commissions and the operational costs, there won’t be any profit,” Vakhshouri added.

China’s official buying of Iranian oil is now at a record low, based on the latest figures showing March arrivals.

Data on Refintiv Eikon shows that Syria remains a customer, while other cargoes sail without destinations added.

Gerber of Petro-Logistics said spot purchases by Chinese refiners took a hit in the first quarter as the coronavirus outbreak limited their processing rates, or crude runs.

“When Chinese refiners ramped up runs, demand for Iranian crude remained weak as large volumes of distressed spot barrels from other exporters, notably Russia, were available to the market because of reduced demand in Europe,” he said.

The exact level of Iranian exports has become more opaque since the return of US sanctions. Some exports are under the radar, analysts and industry sources say, meaning estimates tend to fall into a range.

A third company that tracks the exports, which declined to be identified, said Iranian shipments in April could have been as high as 350,000 bpd, while so far in May the country had shipped about 200,000 bpd.

Unofficially, one independent Chinese refiner has been a regular buyer of shipments that may have been blended and transhipped via Malaysia, sources said.

The latest export figures are a fraction of the more than 2.5 million bpd that Iran shipped in April 2018, the month before US President Donald Trump withdrew his country from a nuclear agreement between Iran and world powers.

Iran had been the second-largest producer in the Organization of the Petroleum Exporting Countries for decades until being overtaken by Iraq in 2012.

Oil output and exports from Iran recovered during 2016 after Iran and six world powers had reached the nuclear deal.

Image: A general view of Abadan oil refinery in southwest Iran, is pictured from Iraqi side of Shatt al-Arab in Al-Faw south of Basra, Iraq September 21, 2019. (REUTERS/Essam Al-Sudani)