The Egyptian Archaeological Mission in Alexandria on Thursday discovered a Hellenic-era tomb in Al-Shatby district of Alexandria city.

The Head of the Ancient Egyptian Antiquities Sector at the Ministry of Antiquities, Mahmoud Afifi, said the discovery was made during the excavation work carried out by an Egyptian archaeological mission from the ministry’s inspectorate in Alexandria. 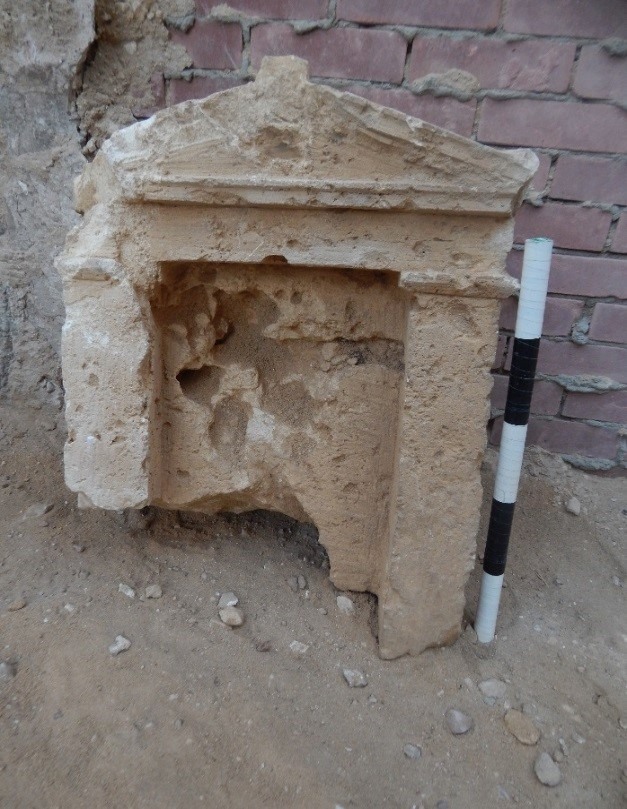 Mustafa Rushdi, General Director of Antiquities for the Western Delta and Alexandria, said in a statement that the tomb was dated based on its architectural style and the remains of the pottery found inside it.

Roushdi added that the discovered tomb consists of four halls with burial cavities having colorful decorative elements and writings in Ancient Greek, showing phases of funerary rites. The burial cavities are found in rows one above the other. Aya Mohamed Taher, an archaeologist at the site, said that the mission found in this tomb about 300 artifacts, among them pottery vessels, a terracotta statue and lamps made of clay. The mission during the next archaeological season would study the funerary phrases to identify the tombs’ owners.