This win makes Khamis the first ever Egyptian female photojournalist to be granted the prestigious award.

The winning project has been exhibited in 110 cities and 45 countries and has been published in “NZZ” of Switzerland and “Missy” of Germany.

Through a portfolio of photos, the project exceptionally documents the marginalized lives of young refugees in Germany. With no visa, money, or work, their fears of deportation weigh heavy, and many refugees have been unfairly prompted to live in parks as gay sex workers.

Remarkably, the independent jury selected Khamis’s picture after reviewing more than 78,801 photographs by 4,738 photographers from 129 countries, Women of Egypt reported.

Khamis is an Egyptian freelance visual researcher whose work tackles difficult issues largely ignored by national communities including breast ironing in Cameroon, refugees and gay prostitution in Germany and transgender identity in Egypt.

The Egyptian woman who graduated with bachelor in painting has shifted her career and now thrives in photojournalism. She covered two Egyptian revolutions and their aftermath, her biography read.

Moreover, Khamis’s volunteering experience in Uganda had a major influence in creating her artistic identity. Her field experience mainly took place in Africa, but she also has worked considerably in Europe.

Gradually, the Egyptian artist began to delve more into humanitarian stories, bringing painful facts to light to be documented in her projects.

Khamis has previously been awarded the “Through a Women’s Lens” award in 2018 and the “Ian Parry scholarship” in 2017 for her project “Banned Beauty”, which is categorized as a long-term visual research that started in 2016.

“Banned Beauty” is a throbbing portrayal of a common practice in Cameroon in which mothers and grandmothers flatten their daughters’ breasts using iron-heated objects. They claim a common goal behind breast ironing, which is to make their girls less attractive to men so that they will not be harassed. Mixed feelings arise from the project surrounding the love that drives mothers to cause physical pain to their daughters. 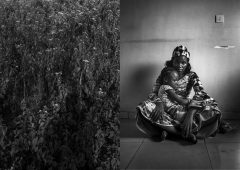 She received the Reuters Pictures Storytelling Grant in 2018. 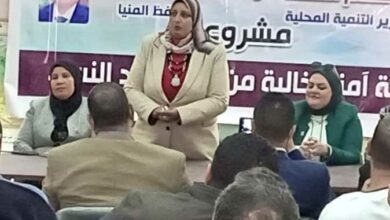 Upper Egyptian village hailed as ‘free of violence against women’ 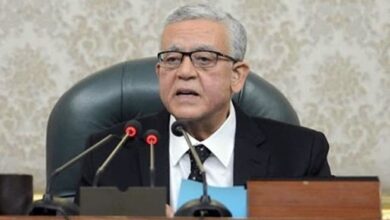 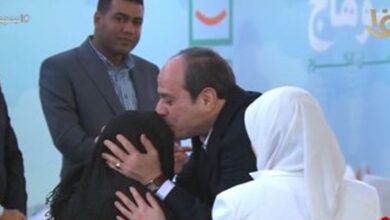 Sisi: We are proceeding with plans to secure decent life for citizens in Upper Egypt