Water ponds spread through the main streets, bystreets, and public squares of the region.

Electricity outages also occurred in Arish city due to the bad weather.

Sources with local authorities in North Sinai said they are continuously following up on weather updates with task forces formed in each city of the Governorate, as well with the Irrigation and Water Resources Department. The sources added that the situation was stable as there have been no reported emergency cases as a result of bad weather so far.

The governor of North Sinai Abdel Fattah Harhour announced a maximum state of alert at all services departments, ambulance departments, and hospitals of the Governorate on Tuesday because of the weather conditions. 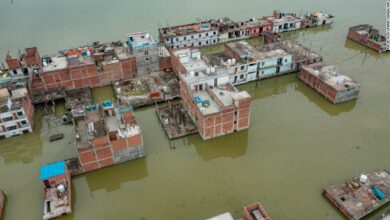