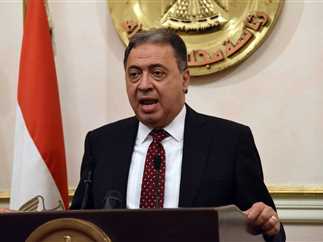 The Health Ministry announced the closure of al-Salam International Hospital in Maadi, Cairo, for a month, after the hospital forced an emergency patient to write a cheque of LE 500,000, violating law which obliges hospitals provide free treatment in the first 48 hours for patients in emergency wards.

A patient submitted a complaint to the Ministry of Health and Population against al-Salam International Hospital, saying it forced him to pay a hospital fee of LE 500,000 when he was taken to the emergency department after a car accident, head of the Central Administration for Free Treatment and Licenses Ali Mahrous said.

When the patient arrived at the hospital, he had his left forearm amputated, and suffered from multiple fractures to the forearms and pelvis.

Doctors successfully conducted surgery on him, but then made him to write an undated cheque of LE 500,000, he added.

Mahrous said that immediately after the complaint was made to the ministry, Ahmed Emad Eddin Radi, Minister of Health and Population, set up a committee consisting of members from the Central Administration for Free Treatment and Licenses, the Directorate of Health Affairs in Cairo, police, and members of the local neighbourhood, to determine the validity of the complaint. They confirmed its validity following an investigation.

Health Minister Ahmed Emad Eddin ordered the closure of the hospital, with the exception of services required urgently by patients who have already been admitted into the hospital, said Mahrous.