But these instinctive reactions have no place when it comes to listening to someone recount an experience of rape or sexual assault, says Heba Ghanem, a psychologist at the Nazra for Feminist Studies NGO, explains. The goal, she says, “is for the woman to feel there is someone with her, that she is not alone.”

And that takes a particular kind of listening.
Nazra offers guidance on how to listen to women who have experienced sexual violence, if they do indeed want to talk.

The “rules of listening” include letting the woman speak in full, refusing to sympathize or ask questions and avoiding touch. Ghanem also recommends not giving advice, even if the woman requests counsel.

“It is important as well not to show your emotions, as it may stop the woman from talking,” Ghanem explains.

These women are not victims, but survivors, she says, and it is important to steer clear of victimizing comments.

“But if she feels like a victim, don’t tell her otherwise. The idea is to use her words as a guide,” Ghanem says.

A therapeutic intervention, she explains, is different. If the goal of nonjudgmental listening is for the woman to no longer feel that she is alone, the aim of therapy is for the woman to develop the tools to deal with the trauma or disruption that the experience may have caused her.

How someone is affected by sexual or gender-based violence cannot be predicted, explains Farah Shash, a psychologist at the Al-Nadeem Center for Rehabilitation of Victims of Violence. Her work focuses specifically on women, though she is clear that men can also be on the receiving end of gender-based violence.

“It depends in large part,” Shash says, “on the community around the woman, and on her personality.”

Ghanem explains that several factors will affect how the person affected feels, including whether the violence is committed by someone the woman knows, happened once or more times — as is often the case with violence and rape within the home — or was committed by an individual or a group.

But the effect is not as simple as the idea that increased severity of violence means more trauma. It is subjective, so severity should not be judged from the outside.

“One woman might be so disturbed by harassment on the street that she becomes paranoid whenever she is alone in a public place. Another might be gang-raped and find a strength inside her that she didn’t know she had,” Ghanem says. “It doesn’t just depend on the person. Even the same person is different at different times and that also has an impact.”

Someone with post-traumatic stress disorder, or PTSD, often relives the trauma again and again, Shash explains.

“She might experience flashbacks as a scene that does not stop repeating itself,” says Shash.

Ghanem explains that this can lead to self-destructive behavior, such as the use of alcohol and drugs, and even suicide.

To ascertain whether someone is suffering from PTSD, Shash first asks about food or sleep disturbances.

“These are the easiest to identify,” she says, adding that unexplained body pains that do not have a physiological basis are another common symptom.

Often, the woman suspects that the therapist cannot help her, even if she came voluntarily, Ghanem says.

“She does not trust herself or others,” Ghanem explains.

And she often blames herself.

“She may internalize the stigma,” Shash explains. When something like this happens, she says, “you try to find a way to understand, to make sense of it and for many that goes in the direction of, ‘I must have done something wrong.’

“Even those who work in the field, when something like this happens to them, may end up blaming themselves,” she says.

While rape and sexual violations are often spoken about in the media and public sphere as if they are about sex, it is common knowledge within the field that it is not about sex, but the assertion of power.

“When it is gang rape, this can increase the sense of powerlessness,” Ghanem says, before clarifying again that there is not one set of rules — “everyone reacts differently.”

One of the reasons that sexual violence is potentially so much more psychologically damaging than physical violence, such as a beating, Shash says, “is because of social concepts, such as sexuality and honor and shame.”

These social constructions of sexuality and honor are the building blocks of the social stigma that surrounds sexual violence. She may then be seen as less of a woman, marked by shame — a shame that also extends to her family, Shash explains.

Sexual violence or gender-based violence targets not just women, but men as well. Social concepts also determine the meaning of this violence, Shash says.
Ghanem explains that sexual violence against men is an attack on their masculinity, and this can make it very difficult for men to talk about.

“Society constructs men as perpetrators, not victims,” Shash explains, “and so this sexual violence strikes at the heart of how men understand themselves as men, and underlies the stigma of sexual violence that targets men.”

The stigma in relation to mental health doesn’t help.

“Ideas of what therapeutic treatment actually means are not widespread,” Ghanem says, “and we are still commonly referred to as ‘doctors for crazy people.’”

A combination of stigma, self-blame and lack of confidence often leads to social isolation for men and women who have experienced sexual violence. It is in this regard that Ghanem says group therapy can be very useful — and Nazra will soon be providing such therapy for survivors of sexual violence.

“In groups, women can exchange experiences and support one another. This can make a dent in the feeling that many women have in this situation of being utterly alone,” says Ghanem.

Some schools of therapy, however, contend that group therapy might be damaging for survivors of sexual violence, Shash says, because listening to other people’s stories can trigger a reliving of the trauma.

But given the significant variation in the ways in which women cope with trauma, as Ghanem points out, the usefulness of group therapy perhaps depends more on the woman herself.

While women who have faced rape or sexual assault are often described and treated as victims, this can be very damaging, Shash says.

“Sexual violence is about making the woman feel powerless, and if she feels like a victim, the process of empowerment is much harder,” she says.

Together with the woman, they highlight the priorities that they will work on, and to that end there is often “homework.” This might entail, for instance, relaxation exercises, or for someone whose self-confidence is very low, lists of positive and negative things about herself, Ghanem says.

Or, for someone who experiences anxiety about going out in crowded areas, the homework may entail different steps building up to this, and they discuss the feelings or fears together in the sessions.

“There is no such thing as finished treatment,” says Ghanem. “It’s a work in progress.” 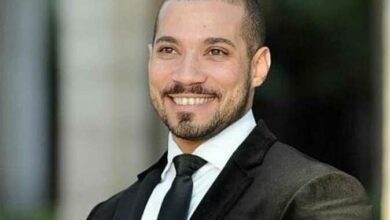