A bill that would make Hawaii the first state to raise the legal smoking age to 21 cleared the Legislature on Friday and is headed to the governor.

The bill would prevent adolescents from smoking, buying or possessing both traditional and electronic cigarettes.

"It's definitely groundbreaking legislation," said Jessica Yamauchi, executive director of the Coalition for a Tobacco-Free Hawaii, which pushed for the bill. "It's amazing to be the first state in something. That's very exciting for us."

Gov. David Ige hasn't yet decided whether he will sign the bill, and his staff has to vet all bills for legal issues, he said.

"The departments will be doing their review and then we'll have the opportunity to look at it," Ige said.

Those caught breaking the rules would be fined $10 for the first offense, and subsequent violations would lead to a $50 fine or mandatory community service.

According to the state Department of Heath, 5,600 kids in Hawaii try smoking each year, and 90 percent of daily smokers begin the habit before age 19. Meanwhile, 1,400 people die from tobacco use or exposure in Hawaii every year, according to the Campaign for Tobacco-Free Kids.

"Today we have the opportunity to change the paradigm," said Democratic state Sen. Rosalyn Baker, who introduced the bill.

Smoking prevalence would fall an estimated 12 percent if the minimum smoking age was raised to 21, according to a report by the Institute of Medicine, which is part of the National Academy of Sciences.

The favorite flavors among teens who use electronic cigarettes are sweet tart and "unicorn puke, which is described as a combination of every flavor of Skittle in one," Baker said.

"While the industry is not allowed to directly market to children, it is still developing packaging and advertising products in ways that appeal to children," she said.

Sabrina Olaes, 17, got involved in promoting the legislation after finding herself in restrooms full of electronic cigarette fumes when her classmates vaped at her high school.

"You feel like you want to hold your breath because you don't want to smell what they're smoking," Olaes said. "It's pretty sad to know that they've fallen under the addiction."

Opponents say it's unfair that a military veteran returning from service could be prevented from smoking.

"It is not right because you are deemed an adult when you turn 18," said Michelle Johnston, owner of Sub Ohm Vapes in Kailua-Kona, on Hawaii's Big Island.

"You can sign up and be in the military and basically give your life for your country. You can vote," she said. "Why shouldn't you be able to choose if you want to buy tobacco products or vaping products, when you're considered a legal adult?"

Democratic Sen. Gil Riviere, who voted against the bill in the 19-4 vote, said if the state wants to eliminate smoking, it should ban it for everyone.

"You can sign contracts, you can get married, you can go to war and lose an arm or lose an eye … you come back and you're 20 years old and you can't have a cigarette," Riviere said. 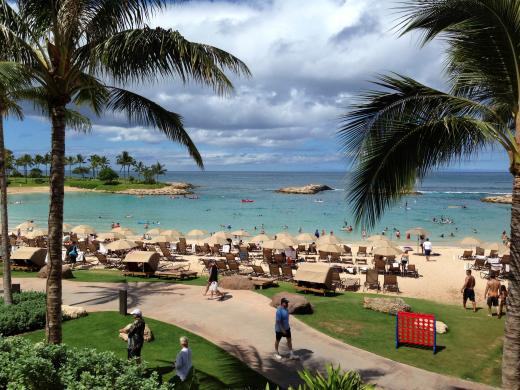