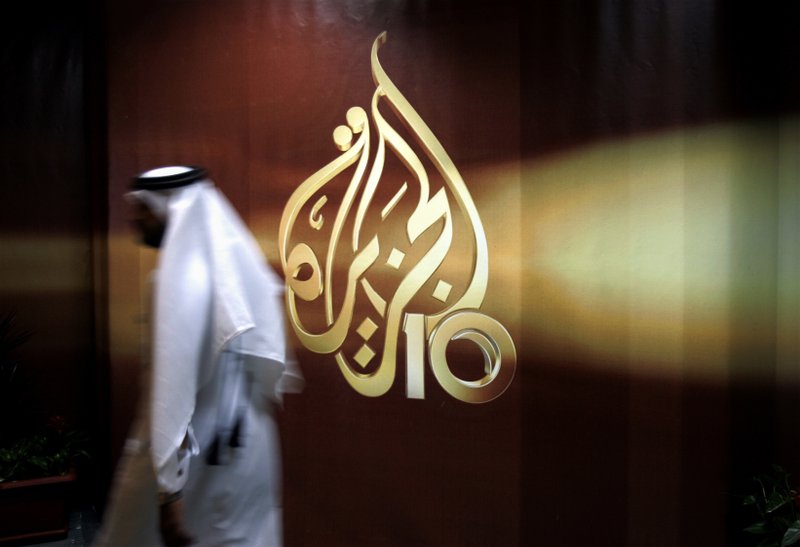 The alleged hack reflects the tensions and suspicions still running deep between Qatar, whose conservative rulers have strong ties to the Muslim Brotherhood, and the UAE and Saudi Arabia, which have outlawed the group.

The hack happened early on Wednesday morning and hours later, the website of the Qatar News Agency was not accessible.

The hackers purportedly published what Qatari authorities described as a fake article claiming the small, gas-rich nation had ordered its ambassadors from Bahrain, Egypt, Kuwait, Saudi Arabia and United Arab Emirates withdrawn over “tension” between it, the Gulf Arab countries and the administration of US President Donald Trump.

The Qatari state television’s nightly newscast on Tuesday showed clips of Sheikh Tamim at the ceremony with the anchor not mentioning the comments, though a scrolling ticker at the bottom of the screen had the alleged fake remarks. They included calling Hamas “the legitimate representative of the Palestinian people,” as well as saying Qatar had “strong relations” with Iran and the United States.

“Iran represents a regional and Islamic power that cannot be ignored and it is unwise to face up against it,” the ticker read at one point. “It is a big power in the stabilization of the region.”

“The statement published has no basis whatsoever and the competent authorities in the state of Qatar will hold all those [who] committed [this] accountable,” Sheikh Saif said. The statement did not explain how the remarks made it on state television.

The questioned story immediately was picked up by Saudi-funded satellite television networks overnight. By early morning, those living in the UAE and subscribed to local cable providers couldn’t access the channels of Al-Jazeera, the pan-Arab satellite broadcaster based in the Qatari capital, Doha.

Attempts to reach its website brought up a warning from the UAE’s Telecommunications Regulatory Authority saying the site “contains content that is prohibited.” Al-Jazeera English’s website later was blocked.

Regulators and government officials in the UAE did not immediately respond to requests for comment. In Saudi Arabia, internet users also found Al-Jazeera websites blocked with a warning from the kingdom’s Culture and Information Ministry, according to the Saudi-owned satellite channel Al-Arabiya.

Al-Jazeera said it was “studying the reports our channels and digital platforms have been blocked in certain countries in the region.” It declined to immediately comment further.

Microsoft withheld update that could have slowed WannaCry