Facebook Twitter LinkedIn
The Grammy awards are shaping up to be the ultimate showdown between pop's two biggest female stars as Beyonce and Adele go head-to-head for song, record and album of the year on Sunday.
Despite 62 total Grammy nominations and 20 awards, Beyonce, 35, has never won the coveted album of the year, despite topping the charts with all six of her studio records.
With nine nominations, many fans are hoping Beyonce will overcome her Grammys' curse with "Lemonade," the personally and politically charged album many believe to be about the artist's troubled marriage to rapper Jay Z, layered with themes of black and female empowerment.
Standing in her way, however, is Britain's Adele, 28, who swept the Grammys in 2012 with six wins for "21." She returns with five nominations this year for "25," a collection of personal coming-of-age songs including the power ballad "Hello."
The televised Grammy awards will honor winners in more than 80 categories, voted for by members of the music industry.
Beyonce and Adele have overlapping audience, says Billboard magazine senior editor Jem Aswad, adding that Adele fans likely skew older than the younger "Beyhive" that her rival draws.
"Adele has more fans who are casual music consumers – if they're going to buy one album a year, it'll be hers," Aswad said. "Beyonce's audience are more involved, more active and more interested in what she's doing."
"Lemonade" notched 3.1 million total sales in 2016 while "25" notched 3 million, according to figures from BuzzAngle Music, which measures sales data from retailers and streaming consumption.
Canadian rapper Drake however takes the crown for the year's top-selling album – "Views," nominated for eight Grammy awards including album and record of the year.
High sales do not necessarily translate into a Grammy win, as Beyonce learned in 2014 when her self-titled album, which had clocked more than 350,000 total sales units, lost out to a record with less than a tenth of the sales, Beck's "Morning Phase."
Among music heavyweights Beyonce, Adele, Drake and Justin Bieber's "Purpose" are competing for album of the year, along with Americana singer Sturgill Simpson, who is "unquestionably" the dark horse in this year's race with "A Sailor's Guide to Earth," Aswad said.
The joke is not lost on Simpson, nominated for album of the year and best country album, who is selling T-shirts with slogans questioning who he is on his website ahead of the ceremony.
Tags
Adele beyonce Grammy awards 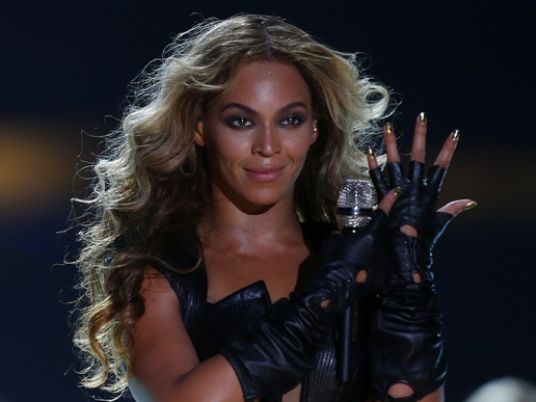