The Egyptian government will start official negotiations on Wednsday with Saudi billionaire Prince Al-Waleed Bin Talal, aiming to settle the dispute over lands he bought in Toskha, southern Egypt. Leading the negotiations will be Egypt's Ministry of Agriculture and Land Reclamation, which will be considering various possible solutions put forward by the prince.

The prince will be represented in the negotiations by a high-level delegation from his company, Kingdom Agricultural Development Co. (KADCO). He has so far made three separate offers to the Egyptian government with a view to solving the ongoing dispute over 100,000 feddans of land he purchased from the government in 1998, but which the attorney general confiscated last week.

The land is part of the Toshka desert project to pump water from Egypt's Aswan High Dam reservoir and deliver it via a 50 km (30 mile) canal to reclaimed agricultural land located 60 km from the Sudanese border. Al-Waleed bought the land in 1998 after the project started, but recent investigations by the government have declared the purchase illegal. The contract of purchase granted outright ownership of the land once the company had completed payments, in violation of rules stipulating that the land should be completely reclaimed and planted within five years.

In a statement to reporters on Sunday, Agriculture Minister Ayman Abu Hadid said that the talks will seek the best solution possible, one which will serve the interests of both Egypt and the Saudi company. The minister added that Saudi-Egyptian ties will provide a suitable framework for solving the crisis and maintainig the flow of investment for the Toshka project.

Abu Hadid noted that the results of the negotiations will be referred to the cabinet, which, in turn, will submit them to the ruling Supreme Council of the Armed Forces (SCAF). He revealed that Bin Talal will meet with the council's head, Field Marshal Mohamed Hussein Tantawi, next week to make a final announcement on the settlement achieved.

The minister also pointed out that the meeting with the KADCO delegation will handle the means of amending the contract Egypt signed with Bin Talal, in a way that conforms with the country's laws and binds the Saudi prince to a timetable for the reclamation of the lands.

KADCO’s legal representative announced, meanwhile, that Bin Talal has agreed to amend the contract as a sign of goodwill. 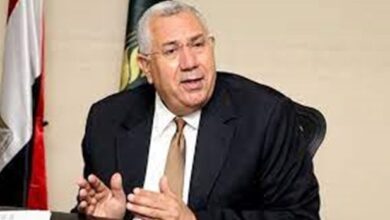