Facebook Twitter LinkedIn
Official sources have said the government is considering the withdrawal of 38 million square meters of land from the Qatari Diar company that was allocated to it by previous governments.
The sources said the company did not meet the deadlines agreed upon for building hotels, flats and villas in the Red Sea governorate and Sharm El-Sheikh, and that it has only built two palaces for Sheikh Hamad bin Jassim, Qatar's former prime minister.
They also said the company took ​​8 million square meters in New Cairo in 2007, but has yet to start building any project there.
Cairo headquarters has stopped working on another project for the company, which is the building of a hotel on the Nile Corniche on 8,000 square meters, because the company has changed the project from a hotel to residential apartments in violation of the contract.
Al-Masry Al-Youm has contacted the company for explanation, but did not receive a response.
Edited translation from Al-Masry Al-Youm
Tags
Diar land Qatari

China is planning an embassy in London on land with a royal past. Residents want King Charles to intervene 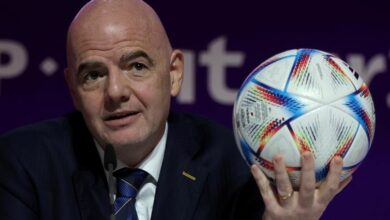