Mungo Park, the famous 18th century Scottish explorer, had few good things to say about the Muslims he encountered on his journeys through the Sahara. He spoke of the Moors as “a people who study mischief as a science and exult in the miseries and misfortunes of their fellow creatures.” “Treacherous,” “malevolent,” “ferocious” and “fanatical” were some of the adjectives he reserved for the Muslims of North Africa’s great desert, that “fearful void.”

Western publics relished the orientalist literature of European travellers like Park, whose best-sellers fired the imaginations of an increasingly literate population.
Although Park’s unrestrained racism may not find such receptive audiences these days, certain stereotypes and illusions that began with the early European explorers, and continued under colonial rule, still linger on in one form or another.

One idea that would prove to be remarkable in its persistence — a misconception widely held by French colonialists at the time — was of a neat divide between “good Muslims” and “bad Muslims;” between a politically passive version of Islam accommodating imperial interests, and an Islam that was dogmatic, subversive and largely imported from the Middle East.

Fast-forward to the present day and the “War on Terror” rhetoric could just as well have been forged by the hammer and anvil of French colonial thought. All the while it has perpetuated the image of the Sahara as a hostile, unforgiving void.

It was in the early 2000s that the US began to seriously insert itself into a long history of Western blundering in the Sahara, having previously considered the region as falling within the French sphere of influence. But it was post-11 September and the game had changed.

Now, any large anarchic space inhabited by Muslims is seen as a potential breeding ground for Islamic extremists with global ambitions. For Western governments, Afghanistan is proof enough. And when these spaces happen to contain vast quantities of fossil fuels and uranium, the security imperative is amplified enormously.

Dependence on foreign oil has long been an Achilles heel of US foreign policy and a powerful political weapon in the hands of supplier states. In seeking to diversify oil sources, US companies look increasingly to new oil frontiers in West Africa, scrambling to invest in the face of growing competition from China. If the Chad-Cameroon pipeline — the result of a multi-billion dollar private capital investment that came online in 2003 — is in any way portentous of things to come, then the region looks set to assume an ever more prominent position on America’s strategic radar.

Likewise for France, the Sahara is strategically important as a source of fuel, albeit of a very different kind. Uranium feeds France’s 59 nuclear reactors, which in turn provide for 70–80 per cent of the country’s electricity needs. And around a third of that uranium comes from Niger, where French energy giant Areva is heavily involved.

That Western governments are so unsettled by the security situation in the Sahara, with its ungoverned spaces and so-called failed states, should hardly come as a surprise then. To date, a series of multi-lateral military initiatives involving a number of regional states and the US has been bankrolled by the latter to the tune of millions.

But evidence suggests that the threat of explicitly anti-western global jihadi groups in the region has been grossly overstated. And for their part, leaders of Saharan countries are not blameless in this. The rewards of falling into rank with the West are just what the corrupt and insecure regimes of the region need most — economic aid to prop up dwindling sources of patronage and military aid for their ailing armies.

All too readily countries like Mauritania — which under Ould Taya went from supporter of Saddam Hussein to loyal ally of the US and Israel — have joined the War on Terror chorus, recklessly tarring their various enemies as terrorists and helping to stir Western anxieties in the process.

It’s not that political Islam, in both its violent and non-violent incarnations, doesn’t have a long history in the Sahara. In the first half of the 20th century, a strict brand of Wahhabism found its way from the Middle East to francophone West Africa, where it rapidly gained currency.

Bound up with a powerful critique of colonialism’s local allies, it found popular appeal among those who sought to challenge established hierarchies and who were drawn to the message of equality under Allah. But the political program of the Wahhabis was distinctly local — a case of Muslim radicals pitted against other Muslims.

Indeed the driving force behind political Islam in the Sahara has always been this way. In the 1990s, countries like Mali started to liberalise their economies and, at least ostensibly, their politics, Islamic proselytising organisations of various doctrinal hues poured into the region. But the universal Islam that these organisations tend to preach has had a mixed reception, at times welcomed and at other times treated with great suspicion.

Islam in northwest Africa has not ossified in the desert sands. It is a living religion, mercurial as any ideology, and it is continuously re-interpreted and contested. The sudden decline of Mali's Ansar Dine — whose leader Iyadag Ghali opportunistically sought legitimacy in violent jihad — certainly suggests as much. Whilst the haemorrhaging of its membership and the split by a faction that now rejects its extremism belies any real popular, hard and fast commitment to al-Qaeda-esque ideology.

In response to local political issues and exigencies, Saharans look to different versions of Islam, borrow what is practical and jettison what doesn’t quite fit. So far, global jihadi groups have not found much favour in this environment. However, for some marginal militants struggling against history to retain political significance, borrowing the al-Qaeda logo means being seen as part of a successful brand of global jihad.

But these groups are eager to exaggerate their own importance, just as US strategists cough up the same tiresome old War on Terror clichés that dramatically inflate the al-Qaeda threat. The reality is that up until now, the targeting of westerners in the Sahara has been more about banditry, kidnapping and ransom as opposed to the grand-standing tactics of global jihadi groups seen in other parts of the world. The idea of the Sahara as a hotbed of diehard terrorists with global agendas as a springboard for attacks in Europe and America has been rooted more in fantasy than reality.

There is, of course, a real danger that this could change. The alarmist cries of those who see the spectre of global jihad in every disgruntled Muslim population may turn out to be self-fulfilling prophecies. This will be an increasingly likely outcome for as long as policymakers substitute a greater understanding of the complexities of political Islam with a vision of “good Muslims” versus “bad Muslims;” for as long as the West is seen to be propping up unaccountable, authoritarian regimes and their deeply mistrusted security services.

For these reasons the French military would do well to tread very carefully in the political minefield that northern Mali threatens to turn into. Its ally, the Malian army, is already loathed among many in the north because of its brutal past — a past that some Malian soldiers seem intent on re-enacting.

What we may be witnessing is the beginning of mission creep in the Sahara (to borrow a now very familiar term). With France and its regional allies now militarily invested in the region, and the arrival of US drones on the scene, the threat of a turn to greater instability is very real indeed. We’ve recently heard of renewed violence in the Malian town of Gao and heavy casualties in the fighting around the Ifoghas mountains.

For many ordinary Saharans, the signs are troubling. As a 2005 International Crisis Group report suggested, the rush to securitise the Sahara risks threatening ordinary people’s livelihoods. In a region with some of the poorest states in the world, where corrupt elites sit atop sclerotic economies that fail to provide jobs, and where the important tourism industry is shrinking, smuggling provides a vital lifeline for many.

Whilst drugs make up some of this trade, most of goods that cross Saharan borders are a lot more benign — pasta, flour and cigarettes. Mobility is the most important resource that ordinary Saharans have, and if these trade networks are clamped down on for the sake of tightening security in the fearful void, then increasing numbers of people may come to see their struggles as inseparable from the broader conflict between the West and global jihadi groups. 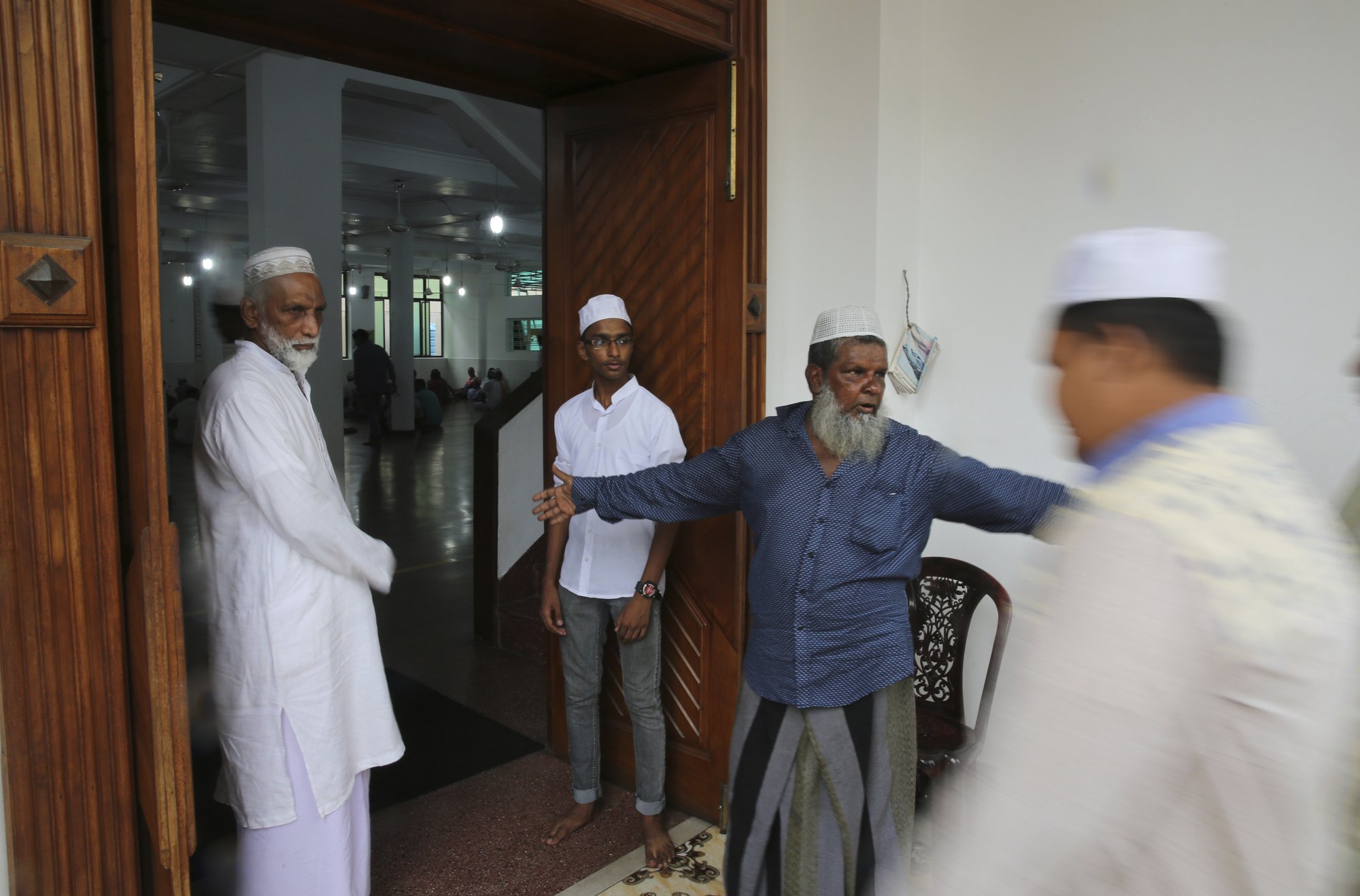 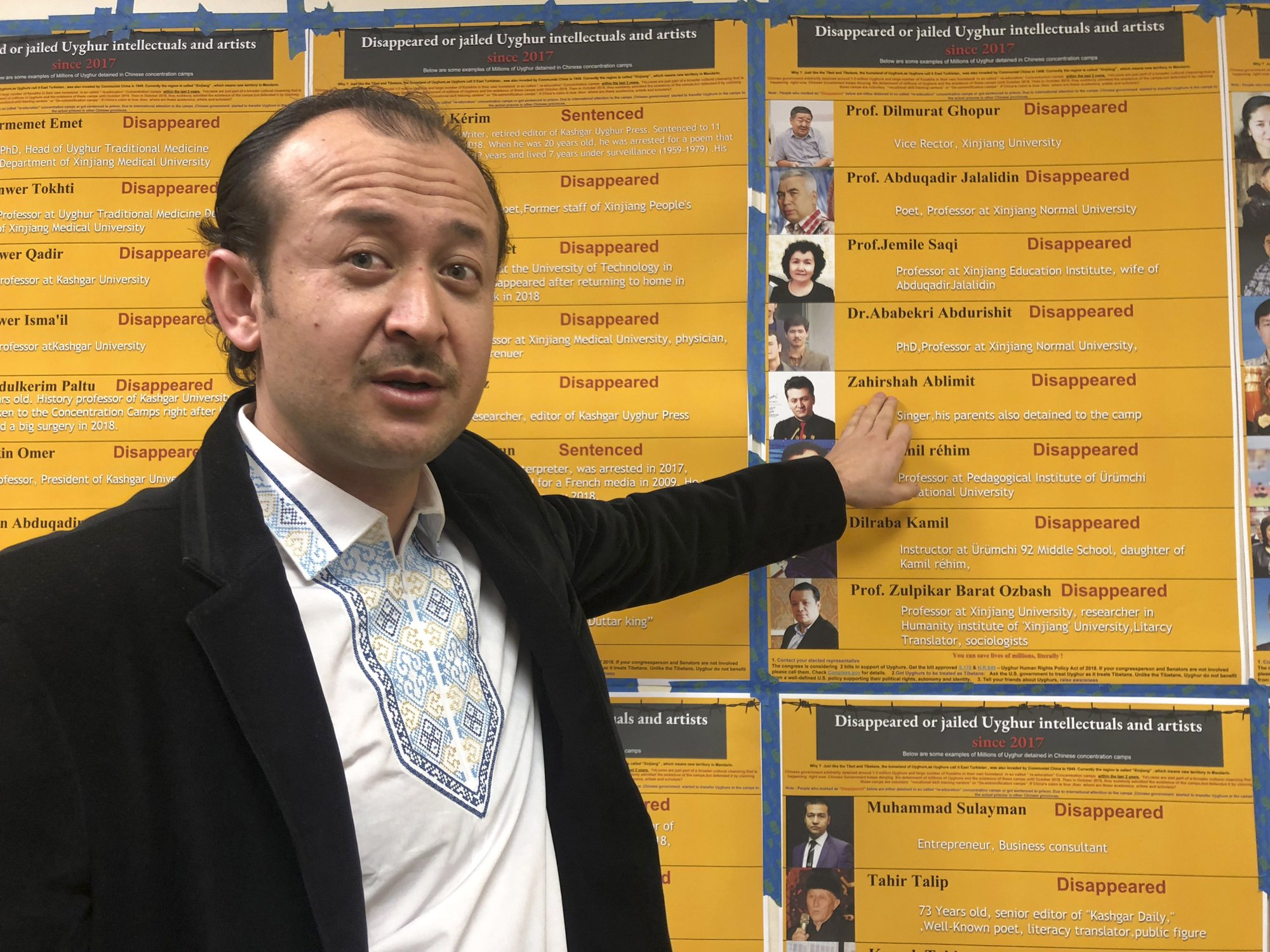 American families of missing Uighurs speak out at DC event