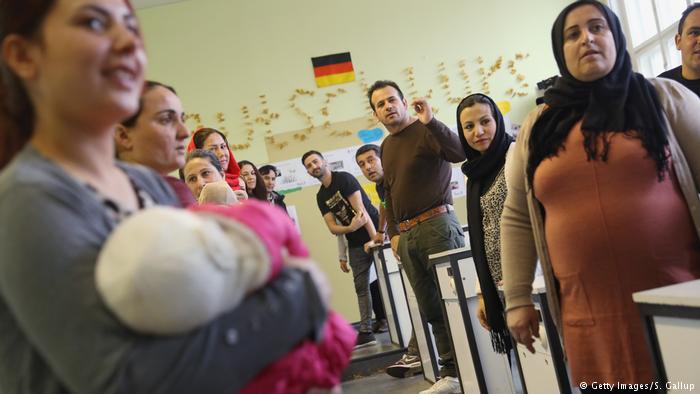 The German government in 2016 provided 9.3 billion euros ($10.4 billion) to its sixteen states for assisting migrants and 11 billion euros on measures designed to fight the causes of forced migration and displacement abroad.

The figures are from a federal government report expected to be approved and published by Chancellor Angela Merkel’s cabinet on Wednesday.

German public opinion on the large influx of refugees has remained mostly positive, with almost 40 percent of surveyed citizens saying they were very or mostly sure that Germany can overcome the challenges posed by migration flows.
Infografik Should your country grant asylum to refugees

Combating the causes of forced migration

The Federal Ministry of Finance announced that 11 billion euros were spent directly on additional measures to fight the causes of forced migration and displacement – measures Merkel’s chief of staff, Peter Altmaier, on Wednesday claimed were working.

“In the past year, we have seen the number of new arrivals coming over to Greece from Turkey dramatically reduced,” Altmaier told the German Rheinische Post newspaper. “It also appears that the influx of migrants on the Libya-Italy route is falling rather going up. Our commitment to improving the situation in Libya, Mali and Niger appears to be paying off.”

Germany has deployed Bundeswehr troops in a number of countries to dismantle migrant trafficking networks and support the fight against Islamist groups.

Angela Merkel’s open-door migrant policy has seen more than a million migrants enter Germany from besieged regions in the Middle East and Africa since 2015. While Germany has worked towards stemming mass migration flows at the source, the influx of refugees has also reduced markedly over the past year due to the introduction tougher asylum laws.