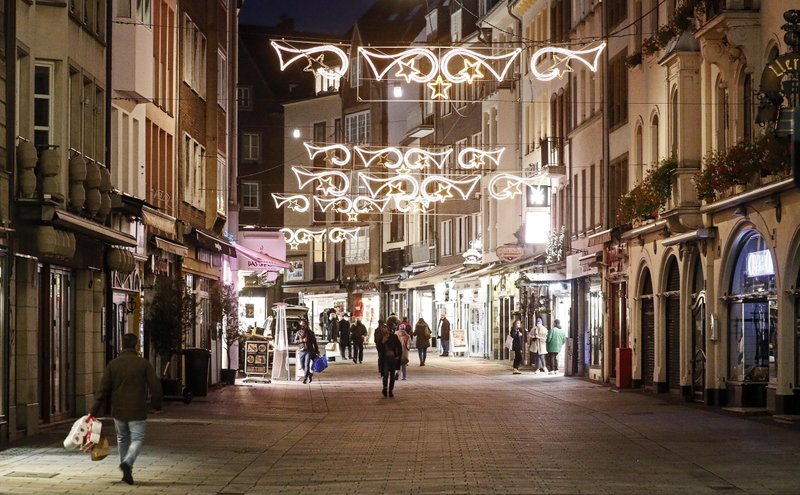 BERLIN (AP) — Germany on Tuesday increased the pressure on the European Union’s regulatory agency, with its health minister, a leading hospital association and lawmakers all demanding that the agency approve a coronavirus vaccine before Christmas.

“Our goal is an approval before Christmas so that we can still start vaccinating this year,” Health Minister Jens Spahn said, the dpa news agency reported Tuesday.

Spahn had expressed impatience with the European Medicines Agency on Sunday, noting that Germany has created some 440 vaccination centers, activated about 10,000 doctors and medical staff and was ready to start mass vaccinations as early as Tuesday.

Spahn is pushing for a quick approval of a new vaccine developed by Germany’s BioNTech and American drugmaker Pfizer that has already been authorized for use in Britain, the United States, Canada and other countries. But Germany cannot use it because it is still waiting for approval by the EMA, which evaluates drugs and vaccines for the EU’s 27 nations.

Seeing the same vaccine being given to thousands of people in Britain, Canada and the United States was galling for many Germans.

“It cannot be that a vaccine that has been developed in Germany is only approved and vaccinated (here) in January,” said Christine Aschenberg-Dugnus, a federal lawmaker with the pro-business Free Democrats.

The German Hospital Association chipped in Tuesday as well, demanding that the EU shorten its lengthy approval process and issue emergency authorization for the Pfizer-BioNTech vaccine.

The EMA has scheduled a Dec. 29 meeting on vaccines and its chief, Emer Cooke, said Monday that her team is already working “around the clock.” Cooke added, however, that the timeline for vaccine approval is constantly under review, which suggests the date could change.

“I am asking myself if we really need time until Dec. 29 to reach the approval of the vaccination in Europe — Europe should try to get an emergency authorization earlier,” Gerad Gass, president of the hospital association, told the RND media group. “That way we could still go into nursing homes with mobile teams before Christmas and vaccinate the residents.”

Part of the problem could be that the EU is seeking to kick off vaccinations in all of its nations at the same time, and Germany could be more prepared than others.

Spahn’s growing anxiety comes as Germany has been hitting records of new daily infections and virus deaths in recent weeks. Hospitals and medical groups across Germany have also repeatedly warned they are reaching their limits in caring for COVID-19 patients. On Tuesday, 4,670 COVID-19 patients were being treated in German ICUs.

The nation is going into a hard lockdown Wednesday with schools and most stores shutting down at least until Jan. 10 to stop the exponential rise of COVID-19 cases.

Spahn’s ministry says Germany is ready to give three million to four million BioNTech vaccination doses in January and up to 11 million doses in the first quarter of 2021.

The country would be able to vaccinate up to 60percent of Germany’s citizens by the end of the summer, Spahn said Monday night on public broadcaster ZDF. The World Health Organization says around 60percent to 70percent of a population needs to be vaccinated to successfully tamp down the pandemic.

The Robert Koch Institute, Germany’s central disease control center, on Tuesday reported 14,432 new confirmed cases and 500 new deaths, the third-highest number of daily deaths since the pandemic began. Germany has counted over 22,600 virus deaths overall, which is still one-third the toll of Italy or Britain.

Image: Christmas lights shine over a virtually empty shopping street in the old town of Duesseldorf, Germany, on Monday afternoon, Dec. 14, 2020. Chancellor Angela Merkel and the governors of Germany’s 16 states agreed Sunday to step up the country’s lockdown measures beginning Wednesday and running to Jan. 10 to stop the exponential rise of COVID-19 cases. (AP Photo/Martin Meissner)

US allows emergency COVID-19 vaccine in bid to end pandemic