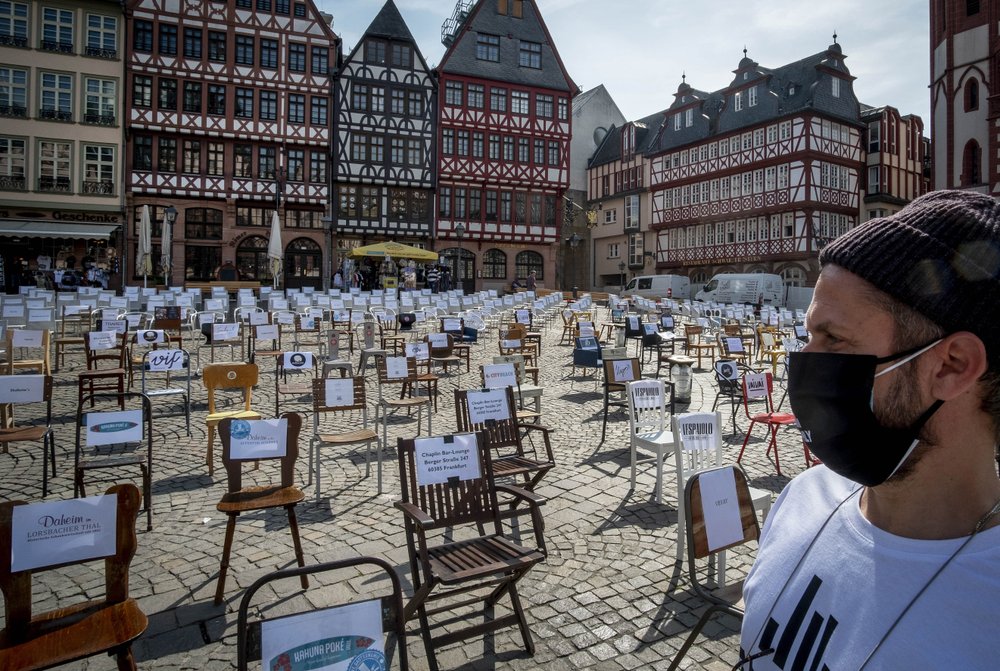 BERLIN (AP) — The death toll from the coronavirus in Germany has passed 50,000, a number that has risen swiftly over recent weeks even as infection figures are finally declining.

The country’s disease control center, the Robert Koch Institute, said Friday that another 859 deaths were reported over the past 24 hours, taking the total so far to 50,642.

Germany had a comparatively small number of deaths in the pandemic’s first phase and was able to lift many restrictions quickly.

But it has seen much higher levels of infections in the fall and winter. Hundreds of deaths, sometimes more than 1,000, have been reported daily in the country of 83 million people over recent weeks. Germany hit the 40,000 mark on January 10.

President Frank-Walter Steinmeier will leave a light shining in a window at his Bellevue palace in Berlin every evening starting Friday in memory of the dead and those fighting for their lives, his office said. He encouraged other Germans to do the same.

Steinmeier plans to lead a central memorial event for the dead after Easter.

The lights are meant as a sign that “the dead in the corona pandemic are not just statistics for us,” Steinmeier said. “Even if we don’t know their names and families, we know that every figure stands for a loved one whom we miss infinitely.”

Chancellor Angela Merkel echoed those comments this week, describing the recent death figures as “terrible.” Still, she said that daily infections are dropping and somewhat fewer people are receiving intensive care than over Christmas.

In Europe, the UK, Italy, France and Spain, all of which have smaller populations, still have higher death tolls.

The head of the Robert Koch Institute, Lothar Wieler, said this week the explanation for the high death figures is “relatively simple but relatively depressing.”

“The increase is simply linked to the fact that the case numbers went up so much,” he said.

New infections peaked in December. On Friday, the Robert Koch Institute reported 17,862 new cases, down from 22,368 a week ago. Germany’s total so far is a bit over 2.1 million. The number of new cases per 100,000 residents over seven days stood at 115.3, after reaching nearly 200 a month ago. It’s still well above the government’s target of a maximum 50.

Germany’s current lockdown was extended this week until February 14 amid concern about the possible impact of virus mutations such as the one first detected in England.

Authorities are trying to encourage more people to work from home, thus reducing the numbers who use public transport. Restaurants, bars, sports and leisure facilities have been closed since early November. Schools and nonessential shops followed in mid-December, and professional sports events are taking place without spectators.

Merkel says everyone in Germany will be offered a vaccination by late September. There has been frustration with the slow start to vaccinations; by Wednesday, 1.32 million people had received a first dose.

FILE – In this April 24, 2020 file photo, a man with a face mask watches empty chairs with names of bars and restaurants on the Roemerberg square in Frankfurt, Germany. More than 50,000 people have died after contracting COVID-19 in Germany, a number that has risen swiftly over recent weeks as the country has struggled to bring down infection figures. (AP Photo/Michael Probst, File)