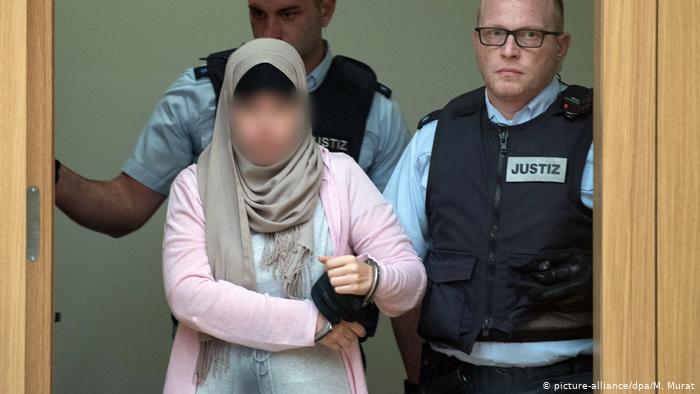 A 32-year-old German woman on Friday was sentenced to five years in prison for being a member of the “Islamic State” (IS) terrorist organization.

Sabine S. converted to Islam and moved to Syria and Iraq from the end of 2013 to August 2017 to live under IS rule, a court in the southwestern city of Stuttgart heard.

She was arrested in mid-2018 after returning to Germany and charged with joining a foreign terror group.

Prosecutors said the woman had married an IS fighter, who was previously unknown to her, shortly after her arrival in Syria.

She then lived with him in houses seized by the group. He was subsequently killed in the fighting.

Read more: Will IS fighters face an international court in Iraq?

The court heard how Sabine S. had praised life in IS-controlled territory in several blogs, with the aim of recruiting others. She also received weapons training.

At the start of the trial, the defendant said: “I wanted to live under Islamic law, but not fight.” She subsequently renounced her membership of the group.

Before leaving for the Middle East, Sabine S. lived with the father of her two children in Berlin, converting to Islam at the age of 22.

According to her own version of events, she became radicalized before she left.

The woman was captured by Kurdish forces in September 2017 along with the wives of other IS fighters and returned to Germany in April 2018.

Editor’s note: Deutsche Welle follows the German press code, which stresses the importance of protecting the privacy of suspected criminals or victims and obliges us to refrain from revealing full names in such cases.

Iraq, U.N. in talks over prosecution of Islamic State prisoners in SDF detention