Throughout the summer vacation and official holidays, the “Friends of the Egyptian Museum in Tahrir Square” will continue to provide full explanation tours to  Egyptian visitors and a free tour guide service.

This comes after volunteer students from the faculties of Archeology, History and Guidance, were trained under the supervision of Sayed Hassan, the former director of the museum, and Abeer Abdel Aziz, the museum’s curator and official of Tanis treasures.

This step coincides with the Ministry of Tourism and Antiquities’ announcement of changing the display of a number of antiquities at the museum.

This is in order to highlight some artifacts including the statues of Kings Zoser, Khufu, Khafre, and Menkaure.

The display of the statue of King Zoser has been transferred to the ground floor of the museum in one window for the first time next to the Blue Faience Titles’ panel.

The tiles were found on the sides of the corridors below King Zoser pyramid in Saqqara, Sabah Abdel Razek, Director General of the Egyptian Museum in Tahrir Square, explained.

This panel underwent restoration and was transferred from about a month to the museum, she added.

The statue of King Djoser is the oldest known life-size Egyptian statue, found in 1925, in a crypt room attached to the Step Pyramid of Saqqara, and it is made of colored limestone.

The places for display of the statues of King Khufu, Khafre and Menkaure’s were changed so that the statues of the builders of the Giza pyramids are displayed together in one hall on the ground floor, Hassan Selim, a member of the scientific committee of the museum development project, said.

The display location of the Meidum Geese painting has been transferred as well to the ground floor to be displayed with the rest of vizier Nefermaat and his wife’s artifacts, he added. 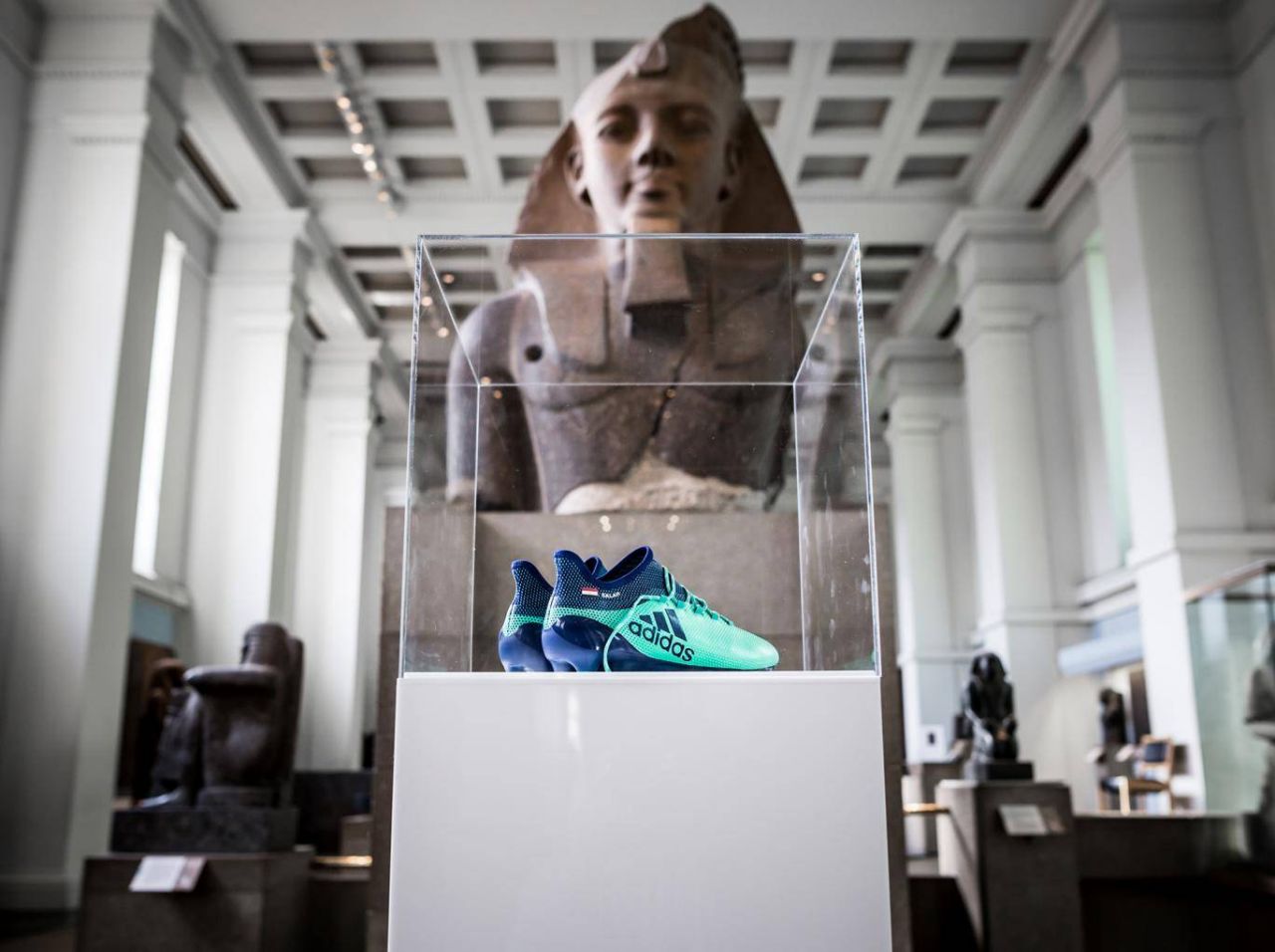 British Museum displays Salah’s shoe next to the Pharos’ statues