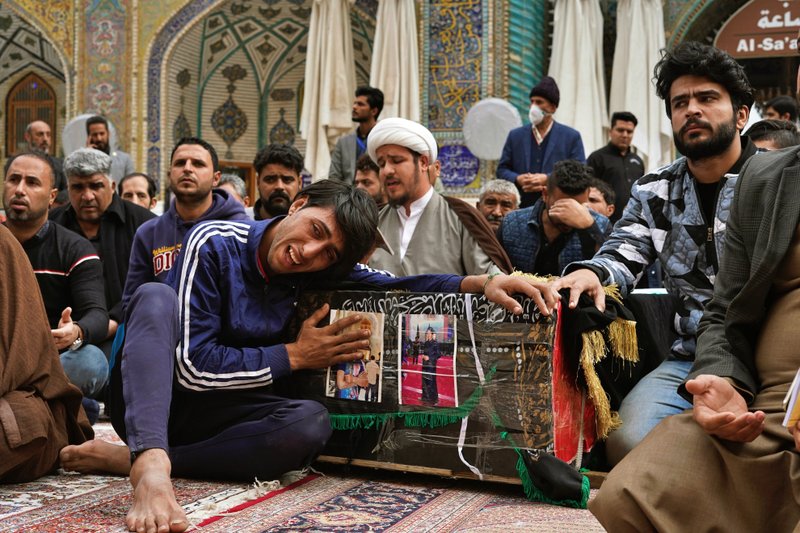 BAGHDAD (AP) — Anti-government protesters have surrounded a key shrine in the southern city of Najaf on Tuesday amid concerns of a new outbreak of violence there following a rare day of calm after weeks of bloodshed across Iraq.

The Sairoon bloc, led by influential Shia cleric Moqtada al-Sadr, addressed Salih in a letter and said they gave protesters the right to support a premier of their choice.

Tens of protesters were gathered around the Hakim shrine in the southern holy city of Najaf, a police official said. The demonstrators demanded that al-Sadr help them enter and symbolically take control of the shrine. Sadr commands Saraya Salam, a powerful militia group.

The protesters believe the shrine is a center for Iranian intelligence operations, the police official said.

Officials all requested anonymity in line with regulations.

Najaf has been one of the flashpoints in the protest movement, after demonstrators torched the Iranian Consulate there last week. The Hakim shrine has been the focus of recent violence. Three protesters were killed and 24 wounded on Saturday as security forces used live rounds to disperse them from the site. The southern city is the seat of the country’s Shia religious authority.

At least 400 people have died since the leaderless uprising shook Iraq on Oct. 1, with thousands of Iraqis taking to the streets in Baghdad and the predominantly Shia southern Iraq decrying corruption, poor services, lack of jobs and calling for an end to the political system that was imposed after the 2003 U.S. invasion.

“The killing of protesters over our holiday weekend in Nasiriya was shocking and abhorrent,” said Assistant Secretary of State for Near East Affairs David Schenker, speaking to reporters on Monday.

The Iraqi people are calling for genuine reform implemented by trustworthy leaders who will put Iraq’s national interests first. Without that commitment to reform, it makes little difference who the prime minister is,” he added.

Officials and experts warned of a potential political crisis because of disagreement among Iraqi leaders over which parties control the largest bloc of seats in parliament.

Abdul Mahdi’s nomination as prime minister was the product of an uneasy alliance between parliament’s two main blocs — Sairoon, led by cleric Moqtada al-Sadr, and Fatah, which includes leaders associated with the paramilitary Popular Mobilization Units headed by Hadi al-Amiri.

In a sign that the political dispute remained unresolved, Sairoon addressed Salih in a letter on Tuesday reiterating that it was the largest parliamentary bloc in parliament with the right to name the next premier.

Based on this, the statement said, “Sairoon cedes this right to the demonstrators.” It did not cite any constitutional provisions that would allow the protesters to actually participate in the next prime minister’s nomination.

Image: Mourners grieve over the coffin of Mehdi Kadim, 17, a protester killed during anti-government demonstrations, during his funeral in Najaf, Iraq, on Friday, Nov. 29, 2019 (AP Photo/Anmar Khalil)

With prime minister out, Iraq in constitutional ‘black hole’