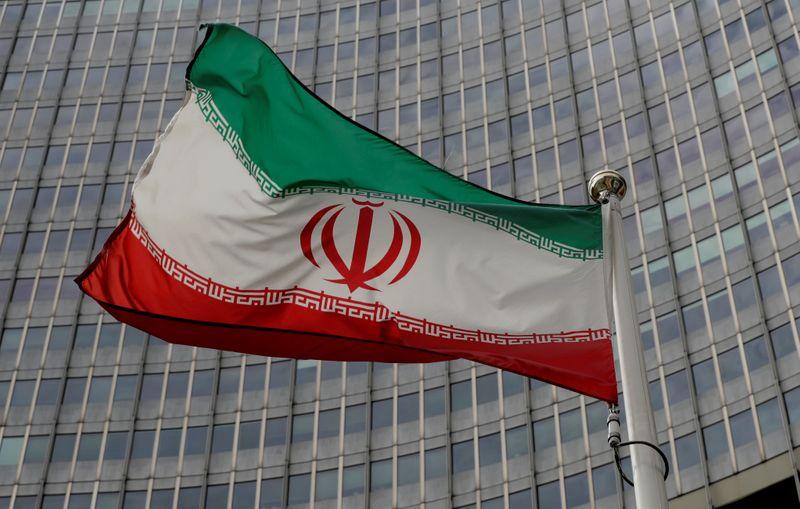 PARIS (Reuters) – France, Germany and Britain on Friday condemned Iran’s decision to produce uranium metal, which they said was in breach of commitments made by Tehran to the international community.

The UN nuclear watchdog said this week that Iran had followed through on its stated plan to make uranium metal, which Tehran said would be used to make fuel for a research reactor but which can also be used in nuclear weapons.

The move is the latest breach by Iran of a 2015 nuclear deal with world powers. Tehran began incremental violations of the pact, also known by the acronym JCPoA, after the United States withdrew from the deal in 2018 and re-imposed sanctions on Iran.

“We strongly urge Iran to halt these activities without delay and not to take any new non-compliant steps on its nuclear programme. In escalating its non-compliance, Iran is undermining the opportunity for renewed diplomacy to fully realise the objectives of the JCPoA,” said the three European states, which are also referred to as the E3.

Iranian Foreign Minister Mohammad Javad Zarif dismissed the E3 statement, saying Iran’s position on breaching the pact was in line with paragraph 36 of the deal governing actions one side could take if it believe the other was not meeting obligations.

“Have our E3 partners ever read para 36 of JCPOA & Iran’s many letters on that basis?,” Zarif said on Twitter.

“By what logic is the onus on IRAN to stop its remedial measures undertaken a full year after the US withdrew from—and continues to violate—the JCPOA? What have E3 done to fulfill their duties?,” he said.

US may weigh baby steps to revive Iran nuclear deal