Community sporting clubs are a deeply entrenched pillar of the city of Cairo. Sporting, hunting, yacht and soccer-based clubs are scattered around suburbs and communities throughout the greater city.

The largest and oldest of these clubs are the Gezira Sporting Club, the Maadi Club, the Heliopolis Club and the Shooting (Seid) Club in Mohandiseen. These clubs stand out as community gathering places and incubators for young, talented athletes. The four cater to the middle and upper-middle classes of Cairo, providing a haven from the chaos of the city.

Over the past month, we have taken a closer look at the Gezira Sporting Club, the Maadi Club, and the Shooting Club (Nadi el-Seid) — their histories, their communities and their political and social functions.

“The club feels like home, or even better,” says seven-year old Nour. True, after all, how many homes in the north Eastern district of Heliopolis have gardens, playgrounds, swimming pools, a soccer field and tennis courts. But that’s not all that Nour meant when she spoke excitedly about the Heliopolis Sporting Club. Nour, who loves tennis, also gets to meet her friends there and make new ones. 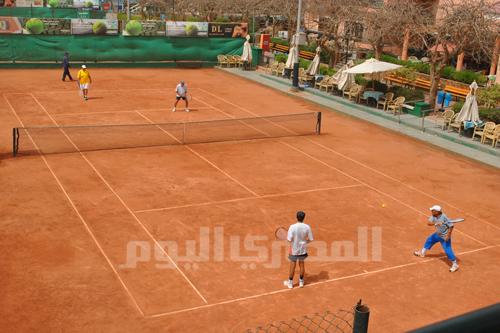 But Nour is not the only one who feels that way. The terrace surrounding the croquet field by the club’s entrance and the surrounding patios were full of grown-ups enjoying the sun and chatting around noon. At the tennis court, four men played doubles for fun. 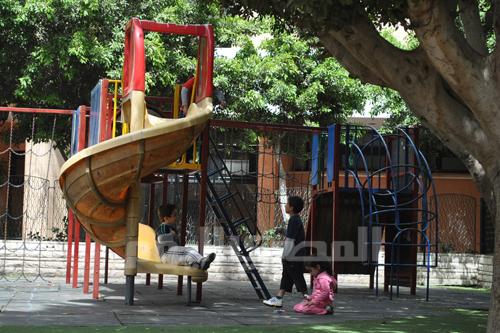 As for the children’s playground, preschoolers played on the slides and climbers while their parents sat closely sipping their tea. Mona, a mother of two who sat on a nearby bench, remembers the days when her parents took her to the playground. The club’s members have grown from a few hundred when it was first built in 1910 to currently reach over 40,000, with membership passed from one generation to the next.

The Cairo Electric Railway and Heliopolis Oases Company, the same company that began building Heliopolis in 1905, established the club for its employees. Members were mostly foreigners at the time. Over the years, Egyptians were gradually admitted to the club, and they now represent the majority of members. 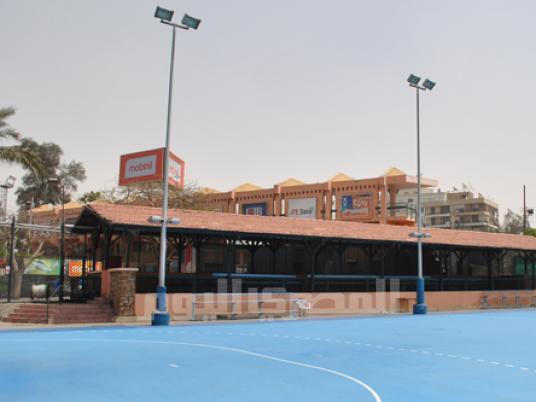 This red clay tile gable is all that remains from the club’s original architecture. The club initially occupied 150 feddans of what was then still desert land. It comprised a clubhouse, an 18-hole golf course, two polo playing fields, two tennis courts and a cricket field. Between 1948 and 1952, the area of the club started decreasing. The company retrieved the area of the golf course after club members complained about the high maintenance fees. Where the green fields used to lie are now some of Heliopolis’s main streets and a residential area known as Ard al-Golf (the golf land). The remaining 18 feddans were redesigned to serve its members’ growing needs; and a wall was built around it separating the club from the Heliopolis Hotel (which is now a presidential palace). 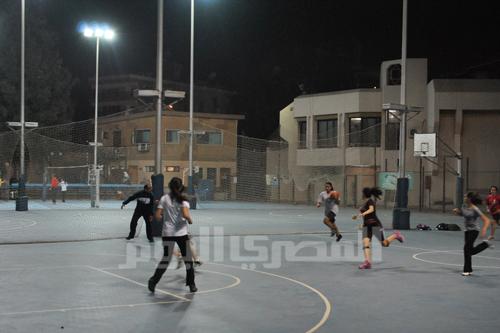 In the courts in front of the gable, basketball, volleyball and handball teams train every other night. On Sunday night, the junior handball team was practicing with their coach on shooting. Handball is very popular at the club; in the seventies, several players joined the national team; and the Heliopolis main handball team has recently played in national tournaments. 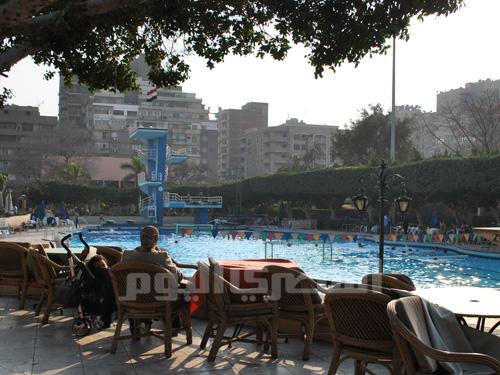 But the club is most famous for its water games. Club member Sophie Tharwat was the first to introduce synchronized swimming to Egypt in the fifties. She founded a team and participated in a number of international tournaments. The sport was later introduced to other clubs, and a national team was formed. Five decades later, the sport remains popular at Heliopolis Club, attracting large crowds of fans who cheer for their team in tournaments.

Like elsewhere in Egypt, squash is very popular at the Heliopolis Club. The rise of Egyptian squash players on the international scene over the past two decades has created a large local fan base and inspired many people to play. You would normally find people of various ages practicing at different times of the day at the club’s courts. The 2004 and 2006 world junior champion and the youngest ever world No. 1, Ramy Ashour, trained at the club. 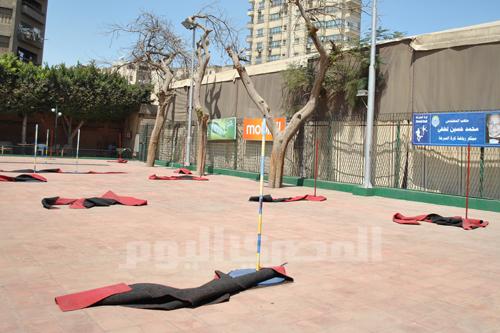 Next to the back croquet where younger people usually hang out around the green field, the Club’s management has set up a new space for speedball training. The sign honors the late Mohamed Hussein Lotfy, the inventor of speedball, who was also a member of the Heliopolis Club. Since the game was invented in 1984, Heliopolis Club has presented some of the best speedball players in the world. Hussein Lotfy, the son of the game’s inventor, was the first speedball player in the world, collecting seven gold medals in world championships.