Facebook Twitter LinkedIn
Former CIA director Michael Morell disclosed in his book, "The Great War of Our Time" (to be published soon), new details about the January 25 2011 revolution and the agency's failure to anticipate the Arab Spring.
The Washington Post published excerpts of the book on Monday.
The book states the failure of US efforts to influence the outcome of the revolution in Egypt and other countries through secret back channels.
Morell mentioned he was a conduit for communications between the administration of US President Barack Obama and then Egyptian intelligence chief General Omar Suleiman.
Morell added he received a call from the former CIA director saying Suleiman was looking for guidance from the United States, the Washington Post said.
Morell refused to disclose the name of the former CIA director or the American businessman who was conveying the messages from the US to Suleiman, according to Washington Post.
The CIA believed that Suleiman was looking for guidance from the United States on how to survive the revolution, and perhaps even maneuvering to succeed former President Hosni Mubarak, the book says.
One of the messages sent to Suleiman urged him to push Mubarak to deliver a resignation speech and appoint a transitional council, as part of a last-ditch effort to achieve a peaceful transition of power, Morell mentions. He adds that the message was written by then White House counselor Dennis McDonough and approved by other senior officials of the National Security team for Obama.
"But White House officials watched Mubarak's speech on Feb 1, 2011, it quickly became clear that Mubarak was heading in a different direction from the Suleiman talking points," Morell said.
Edited translation from Al-Masry Al-Youm
Tags
CIA Mubarak Omar Suleiman revolution 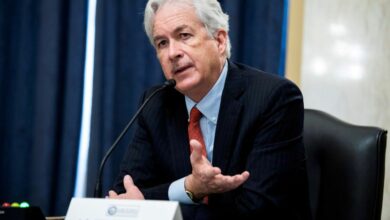 CIA head said to have made unannounced trip to Afghanistan