A bridge to the largely Russian-occupied Kherson region in southern Ukraine has been shelled by Ukrainian forces for two days in a row, according to Russian state news agency TASS.

Stremousov told TASS the bridge was “very badly damaged” in the shelling, but said there is no danger of it collapsing.

On Tuesday, videos shared on social media already showed damage to the bridge.

According to the UK Ministry of Defence, the bridge is a “key vulnerability for Russian forces,” as it is one of only two crossing points over the Dnieper River, which Russia can use to supply or withdraw their forces “in the territory it has occupied west of the river.”

“This area includes the city of Kherson, which is politically and symbolically important for Russia. The lower reaches of the Dnieper present a natural barrier, with the waterway typically around 1000m wide. Control of Dnieper crossings is likely to become a key factor in the outcome of fighting in the region,” the UK ministry said in a tweet.
Tags
Antonovskiy bridge bridge for two days in a row Kherson region. rockets Russian state news agency Russian-occupied shelled by Ukrainian forces southern Ukraine Tass 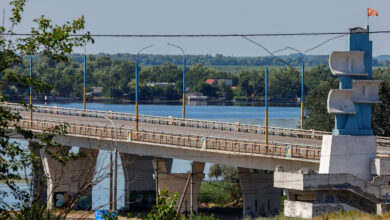 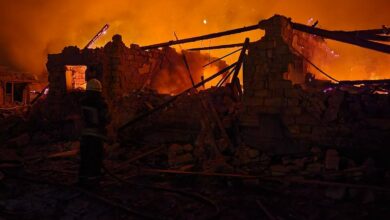 Multiple Russian assaults into Donetsk have been resisted