On Thursday night, I was bragging to an American tourist on a plane back to Cairo about having worked with Anthony Shadid during my short time with The New York Times Cairo Bureau. I didn’t know that he had passed away a few hours earlier from an asthma attack as he was leaving Syria.

This was not a psychic coincidence — since I first met him in August, I often thought and talked about Anthony and strived to follow his example as a journalist and, more importantly, an amazing person.

In the intricate landscape of international journalism, especially when it is performed in the Third World, the south, the Middle East or whatnot, Anthony was unique in how liberated he was from the often Orientalist and post-colonial baggage associated with the mainstream practice.

Such dynamics are sometimes played out between the international reporter and the “local” news assistant, more casually known as the fixer, whose accounts, details, pressing context and passion don’t usually make it in the final story. With Anthony, it was different.

With his excellent Arabic and strong background in the Middle East, I didn’t need to do much as Anthony’s assistant, but watching him work was gratifying enough.

Although he was an international journalist with a foot in every pressing story in the region, Anthony was not a parachute reporter in Cairo. He knew minute details of the progression of our revolution.

Each story for Anthony was bound with passion as if it was his first. His veteran practice and multiple hardships, including being shot in Ramallah in 2002 and kidnapped in Libya in 2011, didn’t make space for professional fatigue or journalistic cynicism.

And with so much knowledge and passion about his stories, Anthony would still listen, and more importantly, feel grateful about what he learns.

I sent Anthony rough material to rephrase and include in his stories, and he would call my words “brilliant” and “beautiful.” I was always inspired when he changed lines in his stories based on my feedback, which he insisted on giving me every time.

“You’re right, Heba, thanks!” he would say every time I reluctantly suggested a change.  Every time he asked me to do something, a part of my job, he would call it “a favor.”

He always made sure to let people know that they were not the only ones enjoying his company and learning from him — he made each person he met feel that they had something to offer him, too.

With so many great stories to tell, Anthony seemed to be more interested in listening. While conducting interviews, Anthony fully opened his ears and heart; he never seemed to hold preconceptions about what his ‘subjects’ would say; he never seemed to fulfill his own prophecies through his reporting. Maybe that’s what made him a master of capturing the pulse of the people.

Working with Anthony as a news assistant also meant interrogating my own journalistic practice. Even though it was my job to help him, most of the time Anthony was helping me. He always took the time to walk me through his process of conceiving a story, revealing the secrets of his craft — a rare trait amid in the competitiveness of the trade.

Among many things, Anthony taught me to keep all my senses alert while reporting. I saw him constructing stories around a word he overheard from a passer-by or a sign that most journalists would overlook.

One day, after he took the time to check the dictionary and ask me for suggestions to find the perfect word to describe Mubarak’s state after the first session of his trial last August, Anthony finally went with “chastened.” After finishing the sentence, he called me over with a glow of childish excitement in his eyes and said, “Do you want to hear a good line?” Then he read it out to me.

As much as he enjoyed his work, the happiest I saw Anthony was when he talked to his 10-year-old daughter Leila on Skype. Even on the day that he was covering the trial of the century with a tight deadline, Anthony still made time for his daily Skype session with Leila.

As he was telling her that he loves her but he really needs to go, Leila insisted that he give her a few more minutes to hear a song she just learned, which he did with a patient smile on his face.

Noticing that I couldn’t help but overhear his beautiful conversation with his “sunshine,” as he called her, he showed me pictures of her, his 2-year-old and his wife. With two Pulitzer Prizes under his belt, he seemed to be most proud of his family.

Anthony’s inspiring practice had much to do with human rapport. Against this rapport, all the malaises of the profession — from the reductionism to the stereotypes — became utterly irrelevant. 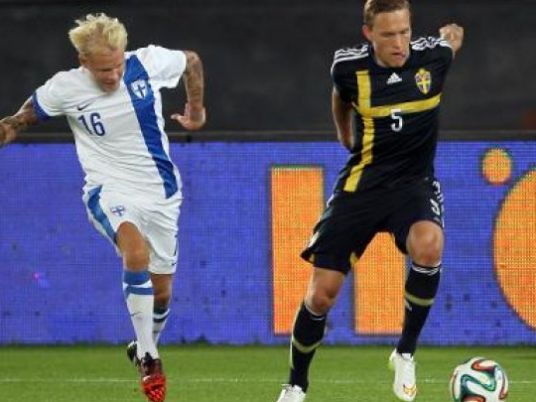 UN in partnership to combat match-fixing