Five people were killed and 15 others were injured in a collision on Tuesday involving three vehicles on the Sohag-Red Sea desert road.

Police immediately moved to the scene of the accident, which occurred at the 20 kilometer mark of the road and involved a microbus and two private cars. An initial investigation showed that speeding and careless passing in front of other vehicles caused the accident.

Fifteen passengers from the three vehicles were injured with various wounds and fractures. They were transferred to Sohag General Hospital and Sohag University Hospital.

The bodies of the five people killed in the collision were transferred to Akhmim General Hospital.

Prosecutors have been notified for further investigation, with legal measures expected to be taken over the incident.

Accidents involving microbuses are not uncommon in Egypt. Last week, 17 people were injured and four people were killed in a microbus crash near Egypt’s 15th of May City.

The bus was carrying 14 fresh female graduates from Minya University’s Faculty of Medicine on their way from Minya to Cairo to attend a training program in the capital.

It was claimed that the graduates had been notified about the training program one day before, and were obligated to travel to Cairo amid threats from university officials that they would be dismissed from their current medical departments if they failed to attend.

The tragedy sparked outrage on social media and prompted Egypt’s Supreme Medical Syndicate to transfer the doctors responsible for forcing the women to attend the training program to an investigative committee. The Syndicate also announced that it would file a suit against the Ministry of Health calling for fair compensation for the victims of the crash and their families.

Earlier this January, three people were killed and another seven injured after a speeding lorry collided with a microbus picking up passengers in front of Cairo University’s Faculty of Agriculture.

In November, six people died and another ten were injured when a microbus flipped over on the Eastern Desert Road in Beni Suef governorate, and in December, twenty-year-old Ahmed Hesham Abdel Alem was killed by a speeding car while directing traffic on the New Mansoura International Road, near the site of an earlier microbus rollover accident that injured nine people. 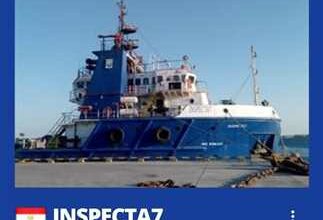