Security authorities have announced the arrest of five suspects in connection with a recent bout of sectarian violence between Copts and Muslims in Minya last week. According to a statement issued on Thursday, a further 10 suspects are being sought by security forces.

The suspects are wanted in connection with incidents in the village of Karam Abu Omair, during which several buildings were set on fire by an angry mob and a Coptic woman was allegedly stripped naked by Muslim residents. The incidents were apparently sparked by claims that the woman's son was having an affair with a married Muslim woman.

Security forces are accused of having been slow to respond to the violence, which left several buildings destroyed by fire. Now officials are seeking to assert control of the situation and prevent further flare-ups.

Nasr stressed that the state would not accept attacks on Christians and would ensure that the law was applied in this case. He added that there have always been attempts to undermine good relation between Muslims and Christians in Egypt.

Pope Tawadros II issued a statement, meanwhile, calling for self-restraint among those affected by the violence, adding that he was following up with security officials to see that the necessary steps were being taken.

According to news website Aswat Masriya, the flare-up was sparked by rumors that a Christian man had been having an affair with a married Muslim woman. A group of around 300 Muslims gathered to vent their anger, setting fire to several buildings owned by Copts.

An investigation revealed that a total of seven homes — three Muslim and four Christian — were set ablaze. Two Coptic Christians were injured in the violence.

Bishop Makarios said he met with the woman who had been stripped naked, and she told him that she had "tried to conceal what had happened, like women who are raped or harassed, but she could not tolerate the feeling of oppression and humiliation more than three days. So she decided to courageously report the incident to the police."

Makarios said that she and her husband went to the police station to report the incident but police officers there were reluctant to file a report.

They also called for the dismissal of Minya governor and the head of the Minya Security Directorate, stating that security forces had failed to protect Copts.

The coalition said the Christian woman had been unjustly assaulted without commiting any crime. They added that the Muslim man who claimed his wife had been having an affair was responsible for spreading the rumours that sparked the violence.

The coalition's statement called on the Interior Ministry to arrest those responsible for assault and inciting violence, putting them all on trial.

Additionally, the Dutch Coptic Association, an NGO based in the Netherlands, denounced the incident in a statement on Thursday.

The association criticized the interior ministry for being slow to dispatch security forces to the scene of the clashes, despite the fact that Minya is well known for its high rate of sectarian violence.

The NGO sent a memorandum to President Sisi and the Egyptian parliament, calling for the prosecution of those responsible, who they said were threatening the unity between Muslims and Copts.

"Sectarian incidents undermine efforts to achieve the objectives of the January 25 and June 30 revolutions and the establishment of a democratic system that protects the rights and freedoms of all Egyptians," their statement read. 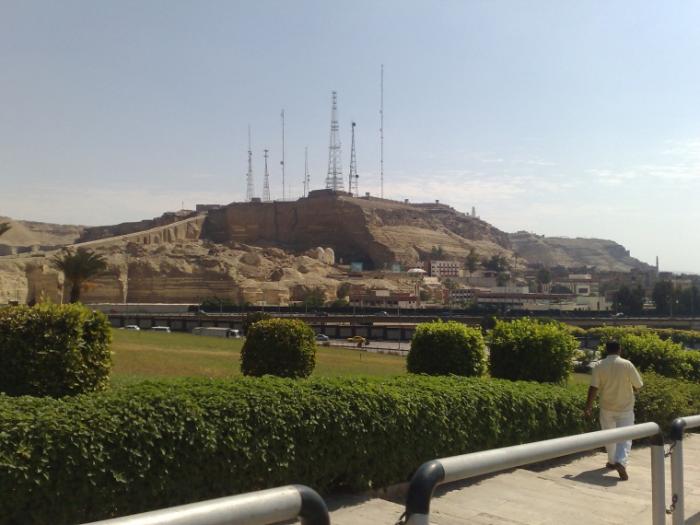