From New York to Egypt, Arab architects and designers show us it’s possible to be cool and environmentally responsible.

Nadia Nour is an Egyptian fashion designer based in New York who has a real flair for creating environmentally-friendly fashion. Combining elegant designs with organic cottons, silks and vintage fabrics, she insists it's possible to be fashionable and at the same time care for environment.

Nour has taken the fashionistas in New York by storm and states that not only are green fabrics healthier for people and the planet, but they also make for a softer and more durable fabric. As she remarked in an interview with Green Prophet, “women do not have to sacrifice style to be green.”

Nour encourages green shoppers to read labels carefully and educate themselves about the negative impacts of the fashion industry. She insists that not only will this help build demand for eco-clothing, but it should help people make better decisions when shopping.

Next up is Ziad Ghanem, a Lebanese fashion designer who is a master of recycled fashion couture. Ghanem shocked viewers at London fashion week with his message of anti-consumerism and vibrant designs, all environmentally-conscious.

As Green Prophet writer Karen Chernick notes, “unlike other high fashion designers, Ghanem brings a funky environmental consciousness to his work that proves “green” ideas have their place in the world of couture.”

Iraqi-born Zaha Hadid is no doubt one of the most influential architects in the world–in fact she was named one of TIME Magazine's top 100 influential people this year–but her green credentials are a little more questionable.

Tafline Laylin of Green Prophet reported this summer that whilst Hadid's team has recently begun to explore more sustainable design methods, “[Hadid] has spent her entire career allowing her futuristic imagination free reign with little thought to the environmental consequences of her ambition.”

Even so, if Hadid does take her growing concern for sustainability more seriously, she could be an unstoppable force for change.

Karim Rashid is a leading figure in the design world with a flair for creative green designs. With over 300 awards under his belt, Rashid has created some amazing products that can help to stylishly save the planet.

Born in Cairo, Rashid is half Egyptian, half English and his work includes the ingenious Bobble reusable bottle which has a built-in water filter to help remove chlorine and organic contaminants as well as being recycled, re-usable and cheap.

Other green inventions include beautiful T-Rex lighting and an Eco-house made from recycled and ecological materials unveiled during Milan Design Week.

Hailed as the Middle East’s Father of Sustainable Architecture, Hassan Fathy is an Egyptian architect who has inspired a generation of unique projects, from Greece to New Mexico. What makes him stand out is his passion for sustainable projects incorporating traditional design and building materials such as mud, which he has brought to the lower-income Egytian population.

In 1946, he was commissioned to build a new Gourna village for 3000 families and decided to include the villagers in the transition by enlisting them as builders, and by using their traditional architectural techniques and materials. Although Fathy passed away in 1989, he continues to inspire a generation of architects to embrace sustainable design.

And for that, he makes it as the number one Arab sustainable designer. 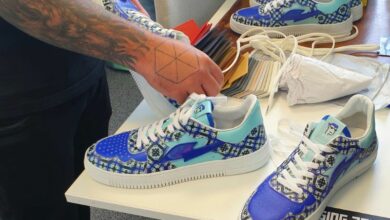