New York City has reported its first case of a baby born with the birth defect microcephaly related to exposure to the Zika virus, health officials said on Friday.

New York City Department of Health officials said the baby's mother was infected after traveling to an area with ongoing Zika transmission. They declined to provide further details about the mother or child.

So far, the city has reported 346 cases of Zika infections, all related to travel. Of these, four have been linked to sexual transmission, including the first case ever of a woman transmitting the virus to a male partner.

US health officials have concluded that Zika infections in pregnant women can cause microcephaly, a birth defect marked by small head size that can lead to severe developmental problems in babies.

According to the US Centers for Disease Control and Prevention, there have now been 12 confirmed cases of babies born with microcephaly in the United States, and more than 400 pregnant woman in the continental US have evidence of Zika infection.

Health officials in Florida have been working with the CDC to determine if Zika has arrived in the United States after two residents who have not traveled to areas infected with Zika tested positive for the mosquito-borne virus.

The connection between Zika and microcephaly first came to light last fall in Brazil, which has now confirmed more than 1,600 cases of microcephaly that it considers to be related to Zika infections in the mothers.

So far, 1,404 people in 46 US states have contracted Zika, including 15 cases that were sexually acquired. CDC is also investigating one possible case of person-to-person transmission of Zika in Utah. 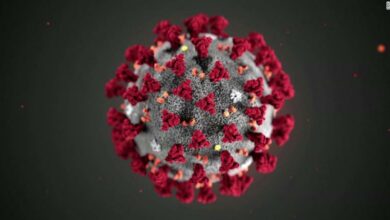 Coronavirus cases on the rise: official